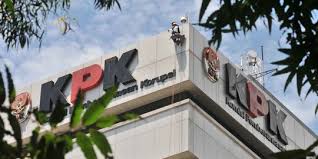 The TWK polemic at the KPK has a political nuance

The polemic about the National Insight Test ( TWK ) is even allegedly political, because there are allegations related to 2024. The public hopes that the polemic will be stopped because the KPK is a straight state institution and has nothing to do with politics.

The KPK is an anti – corruption agency that used to be a breakthrough, to catch corruptors and secure state money. As an independent institution but under the state, the task of the KPK is very noble. Corruption is a very despicable act because it steals people’s money, and the perpetrators must be punished accordingly.

The name of the KPK became popular again when all of its employees were required to take the national insight test, because they would be appointed as state civil servants (ASN). Spontaneously, many were surprised, why should there be a re-examination? They also think all kinds of things and suspect with negative thinking .

Whereas TWK is a test that is indeed a determinant of whether someone passes to be an ASN or not, so it is not related to any party . So that if someone protested, it could even shift the KPK as an independent institution to a practical political stage. Because of the intervention of several parties who are suspected to be related to certain politicians.

The KPK should run in a straight line without any interest from certain parties. So the questions in TWK will test whether each employee is affiliated with a certain group or has political views that are against the state. If the answer is yes, then it is natural that they did not pass the test. Because it has been proven disloyal to the state.

It is very natural when there are KPK employees who are found to be affiliated with left-wing politics and fail to be appointed by the ASN. Because they also failed to show a sense of nationalism and it turned out to show a negative political attitude. Whereas as KPK employees, they must be honest and independent, and must not have political ties or be regulated by certain parties.

Don’t let KP K’s already good image be tarnished by the TWK polemic. Because the community should support the appointment of KPK employees to become ASN and not have a problem with the test results, because most of those who do not pass still get a second chance. So this problem should not be exaggerated.

Precisely when there are KPK employees who protest the national insight test, then he shows his original anti-democratic character, because he does not want to obey orders from superiors. Because in a democratic system it can’t be like that, even though it is permissible to voice opinions, it must be in accordance with the regulations that apply in Indonesia. If they impose their opinion, it is already seen that they tend to be authoritarian.

Likewise with the assumption that the national insight test is only a mode to get rid of certain investigators. This has nothing to do with it at all, because they are still allowed to work until October 2021. So it will not affect the performance of the KPK in the future.

If there is a mode to get rid of certain investigators, then the questions in the national insight test will be made by KPK officials themselves, so it will be easy to manipulate the results. But in reality it is not, because the question maker is another state institution. In addition , the assessors who supervise the TWK exam also work professionally and there is no subjective element.

The polemic about the national insight test at the KPK should have been removed, for fear of being political. Moreover, there are 3 years left of the presidential election, so we are afraid that there will be a mode from certain parties to mess with the KPK from within. It is best if this polemic is stopped now, so that KPK employees can focus and be calm in their work when eradicating corruption in Indonesia. .