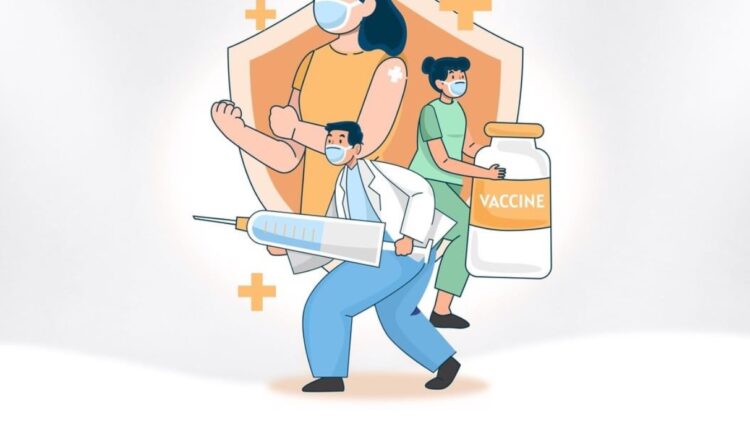 WHO Appreciates the Success of Indonesia’s Vaccination Program

The national vaccination program in Indonesia has been praised by the international health organization WHO. This praise deserves appreciation, because it proves that this program has been successful in all areas of the Republic of Indonesia. Vaccinations have spread to eastern Indonesia such as Papua and the injections are carried out by medical professionals.

When the corona vaccine has been found, then lands in Indonesia, the government designs a national vaccination very carefully, so that this program is 100% successful. Apart from being free of charge, vaccination is guaranteed safe and does not cause any side effects. Vaccines have also received MUI halal certificates, so people will be calm when they get the injection.

In terms of vaccination, Indonesia is indeed moving faster than neighboring countries, such as Malaysia. If in our country the national vaccination begins in mid-January, in neighboring countries it will only be carried out at the end of February 2021. Moreover, the vaccine is 100% legalized , so that it makes it easier for Indonesian citizens who are heavily affected by the pandemic and with financial problems.

Paranietharan continued, hopefully the vaccine from COVAX can help the success of the national vaccination . Indeed, Indonesia vaccine AstraZeneca of COVAX as an institution of global alliances pengadan vaccine. So that the AstraZeneca vaccine is  here to accompany the Sinovac vaccine which first arrived in Indonesia and will increase the supply of vaccines in this country.

The national vaccination program is indeed the focus of the government in 2021. Initially, experts predicted the program would last 18 months. Given Indonesia’s population of more than 220 million people, the queue is very long. However, President Jokowi instructed that vaccinations be accelerated to 12 months, so that the pandemic could end quickly.

Finally, a permit was issued for self-vaccination, where employees could get vaccine shots coordinated by the office and under the control of the Ministry of Health. So that they get the vaccine faster and don’t have to queue to get injections, like other Indonesian citizens. If there are 2 lines of vaccination, it is estimated that this program will be completed more quickly.

Why does the national vaccination program have to end quickly? First, if it is not done immediately, it will be dangerous. Because the number of corona patients will increase and if they are not saved, it will reduce the population. Second, if many are sick, it will have a negative impact on health workers, because their energy is drained and eventually they are at risk of contracting the corona .

Meanwhile, third, a prolonged pandemic will have a negative effect on the Indonesian economy. This is because people’s purchasing power has dropped dramatically during this pande . So that the acceleration of national vaccination must be carried out carefully, and residents who do not want to be vaccinated must pay a fine of 100 million rupiah or receive a 1 year imprisonment.

The government’s firm stance has been praised by WHO, for being brave enough to bring in the Sinovac vaccine more quickly, and its efficacy is quite high. Imagine if President Jokowi does not take this vaccine quickly, he might run out of stock because production is still rather limited. Decision speed and accuracy proga m is what makes Indonesia become a model for other state vaccination program.