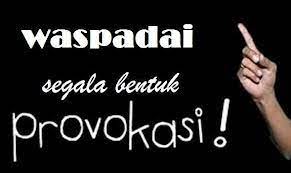 The issue of President Jokowi wanting a three-term office is a baseless accusation and only wants to get the President down. The public is urged to be aware of this provocation because President Jokowi has repeatedly firmly rejected the proposal.

The Presidential Staff Office suspects that there are parties who want to take President Joko Widodo through the issue of 3 terms of office. Political observer at Al-Azhar University , Ujang Komarudin , said there was a possibility that Jokowi’s closest people raised the issue.

Ujang alluded to the desire to defend one’s position against those who proposed it. They are said to be afraid of losing their position.

Even so, Ujang asked Jokowi not to be trapped with these people. Because 3 term positions are a violation of the constitution.

On different occasions, Constitutional Law Expert Yusril responded to the discourse of changing the presidential term and a maximum of two to three terms through the amendment of the 1945 Constitution.

This was conveyed by Yusril in response to the discourse on the amendment of Article 7 of the 1945 Constitution which stipulates that the president and vice president hold office for five years and can only be re-elected to the same position for only one term of office.

He also reminded that the constitutional convention to change the maximum term of office for a person to serve as president could fail if it was questioned by the public at the Constitutional Court (MK).

It should also be noted that the issue regarding the plan to extend the President’s term of office to three terms has risen again. The issue was originally raised by the former MPR chairman, Amien Rais, who admitted that he had caught a political signal or a scenario that led to President Joko Widodo being re-elected for three terms.

Amien Rais was suspicious of the efforts made by a number of parties to issue articles in the rule of law so that Jokowi could return to leadership in three terms.

Responding, the Speaker of the MPR, Bambang Soesatyo, who is familiarly called Bamsoet, ensured that there was no discussion within the MPR to extend the term of office of the president-vice president from two to three terms. So far, the 1945 Constitution regulates that the president’s term of office can only be 2 terms.

On a different occasion, the Coordinating Minister for Political, Legal and Security Affairs Mahfud MD said President Jokowi also disagrees with the amendments to the 1945 constitution again.

Mahfud explained that Jokowi refused the Presidential position into three terms. The former chairman of the Constitutional Court then alluded to Jokowi’s statement regarding the rejection of the discourse of a 3-term presidential term in December 2019.

At that time, Jokowi said there were three possibilities if a number of parties pushed him forward in the upcoming 2024 presidential election . The first wanted to break it down, the second wanted to slap him in the face and the third wanted to find a face.

In line with this, Presidential Spokesperson Fadjroel Rachman said Jokowi still adheres to the 1945 Constitution that the President’s term of office is only two terms. Fadjroel said that Jokowi was also loyal to his oath as president.

This constitutional law expert also reminded the public not to be provoked by this discourse. This is a bad idea in every way and is just being rolled out as a trap. Where the NKRI does not need an extension of the term of office at all.

The former governor of DKI Jakarta said that in the midst of a pandemic like this time, all parties should be able to prevent new uproar and together with all elements of the nation to work hand in hand to take Indonesia out of the pandemic crisis towards a new leap of progress.

Therefore, it is very clear that Jokowi is perpendicular to the ideology of Pancasila and the 1945 Constitution, especially regarding the presidential office which cannot be more than 2 terms.

WHO Appreciates the Success of Indonesia’s Vaccination Program

Defamation of the Court