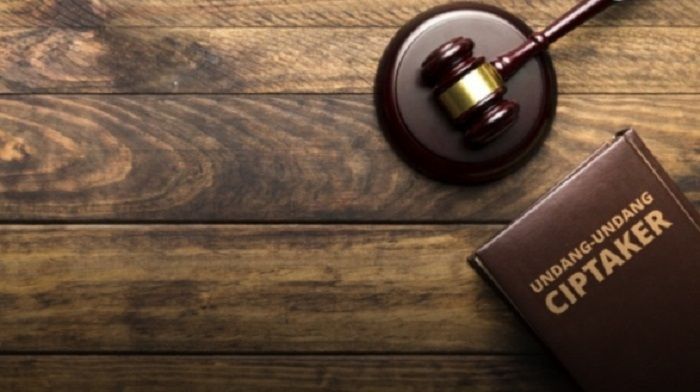 The government has initiated the birth of the Job Creation Act with the Omnibus Law scheme. The application of these regulations is believed to be able to attract investment and prevent corruption due to overlapping regulations.

Indonesia is facing the challenge of getting out of the middle income trap and realizing the dream of becoming an Advanced Indonesia. For this reason, structural reforms are needed so that economic growth can be driven even higher.

In the struggle to revive the economy from the Covid-19 pandemic, of course, investment is the key in realizing sustainable economic development.

Meanwhile, the Minister of Investment/Head of the Investment Coordinating Board (BKPM) Bahlil Lahadalia has asked his subordinates to serve potential investors well. Because complicating business licenses is the same as holding back the pace of the economy. According to Bahlil, the government is also trying hard in providing facilities by serving as best as possible. This is because there is no way to find employment if the permit is difficult to get out.

The Coordinating Minister for the Economy Airlangga Hartarto revealed that the Job Creation Act could contribute to the government’s efforts to take action and prevent corruption in Indonesia. This is also a manifestation of the government’s commitment to prioritize the prevention and eradication of corruption from upstream to downstream.

Airlangga said, “The Job Creation Law can contain and regulate a transparent and accountable licensing process as a whole well on the trade side of the commodity balance-based trading system. Even criminal acts of corruption also play a role in slowing the pace of economic growth.”

He also explained that the Job Creation Act would be able to increase transparency in the land spatial planning sector, simplify permits in the business sector, and provide service certainty in investment. The government is committed to prioritizing efforts to prevent and eradicate corruption from upstream to downstream through structuring policies and regulations in the form of instructions, directives and regulations.

Airlangga also said that the launch of a national strategy to prevent corruption was an important step to provide a reference in carrying out corruption prevention actions in Indonesia by both central and regional governments.

On a different occasion, a Law Expert from Padjadjaran University Professor Romli Atmasasmita assessed that the Omnibus Law on the Job Creation Law was able to prevent potential corruption at the bureaucratic level. This can be seen from the law’s efforts to cut licensing in investment. Romli assessed that the lengthy procedure in the Job Creation Law had been simplified. So that opportunities for “naughty” officials and bureaucrats will certainly be difficult to do.

Previously, Indonesian President Joko Widodo in a virtual statement said that the Job Creation Law was one of the efforts to support the prevention and eradication of corruption. The reason is that the job creation law is able to simplify licensing. With a short process, the effort of illegal levies can be eliminated.

The Job Creation Law can be likened to a powerful formula in attracting investment and preventing corrupt practices because it cuts down on regulations that are considered to be overlapping.