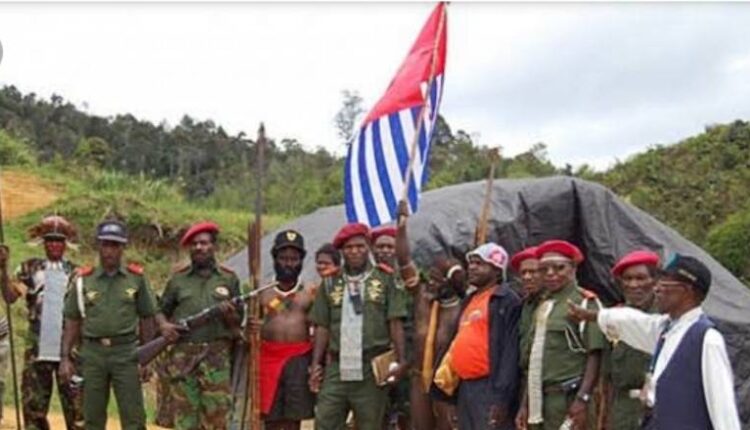 The Papuan Separatist Terrorist Group (KST) is notorious and often creates anxiety for the people of Papua. This December, of course, there is a Christmas celebration for Christians, especially in Papua, Christmas celebrations should be able to proceed safely and peacefully without any terror from KST.

KST Papua is a group of serious human rights violators, because they dare to attack and even kill security forces and civilians. Moreover, in December, the OPM Terrorist Separatist Group claimed its anniversary. This should be watched out for because usually there is an increase in brutal acts that can endanger civilians.

KST’s criminal record also occurred in August 2022 . At that time, KST had caused a commotion in Mamba Village, Sugapa District, Intan Jaya Regency. As a result of this action, a resident died after receiving a gunshot attack from KST.

The victim who died was an asphalt project worker in Kampung Mamba Bawah on behalf of Manoach Rumansara. Manoach was hit by hot lead in the waist.

The victim was taken to the Sugapa Health Center to get help, but unfortunately his soul could not be saved.

Not only that, KST has also carried out shooting attacks on TNI personnel who were carrying out security at the Golgotha Church, Gome District, Ilaga, Puncak Regency. Papua Mountains.

The shooting action was confirmed by Kapendam XVII / Cenderawasih Colonel Kav Herman Taryaman, SIP, in his statement he said, KST had again carried out acts of terror by shooting at security forces who were carrying out security.

As a result of this brutal act, one of the TNI personnel with the initials Serda IDW suffered a gunshot wound to his right thigh.

In a different place, the KST mob also attacked the TNI from the Yonif 431/SSP Task Force of the Okbibab Post in Apmisibil Village, Okibab District, Gunung Bintang Regency.

As a result of the attack, a TNI soldier with the initials Pratu WJ was shot in the leg.

In relation to this incident, Kapendam revealed that the KST group shot the TNI Kodim Yonif 431/SSP Task Force who were carrying out security for the church on Sunday morning.

Previously, the Army Chief of Staff (KSAD) Gen. Dudung Abdurahman firmly said that KST Papua was not actually an enemy, but they were a group that had different views and did not understand the Unitary State of the Republic of Indonesia (NKRI).

KSAD accompanied by the Cenderawasih Military Commander, who at that time was Maj. Gen. Ignatius Yogo Triyono, said that the soldiers on duty in Papua were not to conduct war operations, but in this case assist the National Police and the local government in maintaining the security situation from various disturbances, including disturbances from groups separatists who firmly adhere to the ideology of separating themselves from the Unitary State of the Republic of Indonesia.

The presence of TNI troops is also to help restore the community’s economy. Those who are opposite, such as terrorist separatist groups, must be embraced, then given an understanding so that they want to return to join the auspices of the red and white and the Unitary State of the Republic of Indonesia to jointly develop Papua.

The attack on security forces guarding a place of worship is of course proof that the group deserves to be labeled a terrorist.

In addition, the KST also often conducts propaganda with local and international media, as well as mass mobilization and demonstrations by exploiting the issue of referendums, human rights violations and so on.

On the other hand, KST is a fragmented network. Where there is no one structured command and each group has its own leader. This structureless organization is caused by socio-cultural factors in the Papuan people who are still strong with tribal primordial spirit.

This is a challenge in itself for the authorities to eradicate KST as a whole. Moreover, KST obtains weapons from arms sales networks in Papua New Guinea and the southern Philippines. They also obtained weapons through confiscation and theft of weapons from the TNI and Polri.

The celebration of Christmas, which is getting closer, of course, requires security from the TNI / Polri apparatus. Because after all, celebrating holidays is a human right that cannot be reduced and every Indonesian citizen has the right to celebrate religious holidays according to their respective religious beliefs.

The move by the government and security forces to no longer prioritize the military approach is a good breakthrough in solving the problem of the Terrorist Separatist Group (KST) in Papua.

However, in fact this peaceful approach has been damaged by the actions of KST Papua. Where KST is still carrying out acts of terror against security forces to the point of causing casualties.