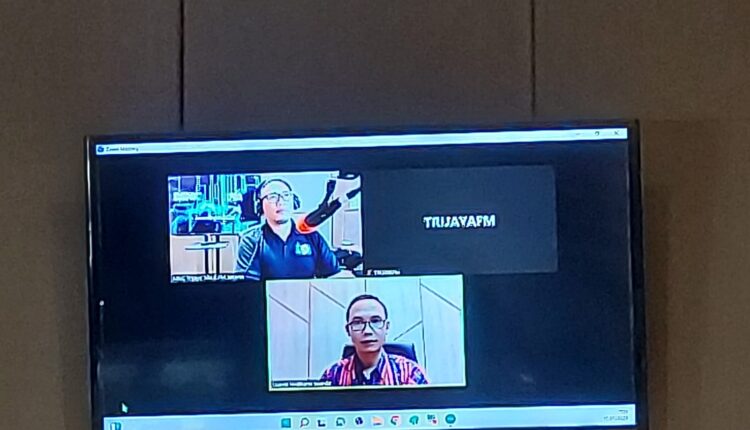 JAKARTA – Academician of the Faculty of Law, University of Jember, I Gede Widhiana, considers that the New Criminal Code (KUHP) is universal and accommodates the principle of justice. The universal principle is because there is a balance between the deed and the maker.

“For example, the maker can be forgiven even though he committed a crime. This is the hallmark of our Criminal Code.

Both accommodate the values that live in Indonesian society,” said Widhiana in the Trijaya Hot Topic Evening program themed “Outlook of the New Criminal Code”, Tuesday (17/1/2023).

“The public must understand the enforcement. Prison is not the only punishment. It doesn’t mean that the law has softened even though a crime is not necessarily a crime, sometimes the perpetrators are under pressure,” he said.

He gave an example, the action that is often used as a reference is theft of cocoa. Punishment for cocoa thieves is not always prison.

“And the public is starting to understand that. Including the Mulya Sari case. There is a restorative space for peace with victims and complainants,” he said.

Widhiana continued, currently the government has socialized the new Criminal Code. Regarding the party submitting a judicial review to the Constitutional Court, according to Widhiana, the lawsuit will not interfere with the execution of the Criminal Code.

Head of BIN: Regional Leaders to Anticipate and Prepare for the Dark Year 2023