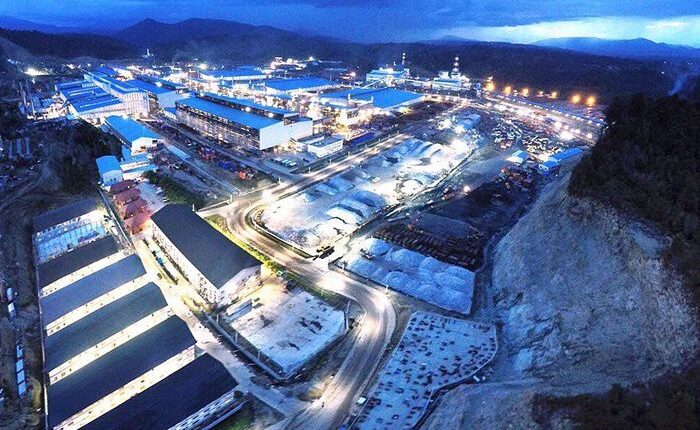 Returning to Operations, PT GNI Workers Unite After the Clash

Morowali — The condition of PT Gunbuster Nickel Industri (GNI) has been conducive after a clash between workers. PT GNI ensures that the work environment is conducive after the clashes.

PT GNI’s Head of Human Resources and General Affairs, Muknis Basri Assegaf explained that this conducive situation was due to the alertness of the security forces in handling incidents, so now the situation can return to normal.

“Current conditions are conducive and under control because of the alertness of the security forces in dealing with existing incidents, so that the situation can return to normal,” he said.

Meanwhile, the Regent of North Morowali (Morut), Delis Julkasson Hehi stated that after the incident that occurred at PT GNI, the community was advised to remain calm and be able to jointly maintain conducivity.

“We have to maintain the conduciveness of the North Morowali area, people don’t know North Morowali if GNI is not present here. It must be realized that the company’s presence has made a big contribution to this area,” he said.

In the same vein, the National Police Chief General Listyo Sigit Prabowo also emphasized that PT GNI in North Morowali is now back in operation. He also appealed to employees not to be provoked again by issues whose truth is not necessarily clear.

“Therefore, I appeal to all members of the public and employees not to be easily provoked by issues that are not necessarily clear and related to industrial relations issues that can be resolved by law,” he stressed.

Furthermore, the National Police Chief explained that the considerations taken by PT GNI to return to operations were because his party had ensured the security of the company. In fact, he also firmly stated that the TNI-Polri were ready to continue to maintain a conducive atmosphere.

“So the decision to re-operate was made by the company after seeing that from a security standpoint we have prepared everything that supports these activities to be able to operate again,” said the National Police Chief.

General Listyo Sigit Prabowo confirmed that he would take firm action against the perpetrators of vandalism and acts of anarchy, and he hoped that such clashes would not be repeated in the future.

“And of course the police will take firm action against the perpetrators of vandalism, anarchists so that in the future we hope that things like this will not happen again,” he concluded.

On the other hand, the Head of Public Relations of the Central Sulawesi Regional Police, Kombes Didik Supranoto said that after the riots occurred, the Morowali Police held a meeting with the Regional Government, community leaders and traditional leaders in order to be able to ensure conducive conditions were maintained.

The meeting was held to follow up on the results of the previous meeting, which was held by the Central Sulawesi Regional Police Chief with the company and the Provincial Government.

Meanwhile, local workers and Chinese Foreign Workers who have returned to work after the clashes seem familiar and friendly to each other again. This can be seen from the photos circulating widely on social media and the WhatsApp Group (WAG).

In the photo, you can see that TKA and TKI are friendly and harmonious taking selfies together at PT GNI’s smelter location. Not only taking pictures together, the TKA and TKI also hold hands.

Residents of North Morowali hope that PT GNI  will resume production so that the economic effects after the clash will remain stable for the community in the village around the smelter industry PT GNI in North Morowali Regency.

“The clashes that occurred a few days ago have been handled by the security forces who acted quickly to deal with the incident. Hopefully this will not happen again, so that the company’s activities will return to normal,” hoped the residents.

The atmosphere at PT GNI Morowali Utara is conducive, the community can return to their normal activities

After the PT GNI Incident, the Minister of Industry: Indonesia’s Investment Climate is Safe