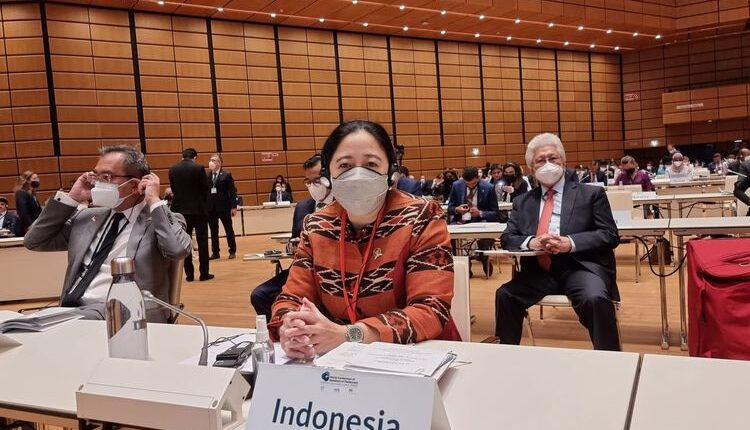 Nusa Dua – Chairperson of the Indonesian House of Representatives, Puan Maharani, said the 144th IPU session in Nusa Dua Bali had been running very productively from the 20th until today, March 24, 2022.
Puan said that in the public debate session with the theme “Getting To Zero: Mobilizing Parliaments To Act On Climate Change” on the last day of the 144th IPU, the result was the “Nusa Dua Declaration”.
The Nusa Dua declaration was agreed upon by all participants in the IPU session in Bali as the basis for a stronger international Parliament, said Puan (24/3).
The chairman of the DPR RI hopes that the Nusa Dua Declaration can be a guide and guide for the world’s Parliament so that they can implement a number of agreements on global issues, so that they are not only on paper but can immediately take action so that the problems of these issues can be resolved.
The 144th IPU also produced a number of resolutions including world peace. This was adopted from the resolution “Rethinking and Reframing The Approach To Peace Processes With A View To Fostering Lasting Peace”. Of course the resolution contains a review or reframing of the approach to the peace process with a view to promoting a longer peace.
In addition, an agreement was also produced which was stated in a resolution related to the world of education. By adopting the resolution “Leveraging Information and Communication Technology as an enabler for the education sector, including in times of a pandemic”, the world Parliament agreed to be able to utilize information and communication technology in order to advance education in the international world, including during the pandemic in a number of IPU member countries. . In addition, the resolution can also reduce educational inequality between developed countries and developing countries.
Then on the same occasion the participants of the 144th IPU session also agreed on an emergency resolution (emergency item) by adopting the resolution “Peaceful Resolution of The War in Ukraine, Respecting International Law, The Charter of the United Nations and Territorial Integrity” which contains a peaceful resolution war in Ukraine, with respect to international law, the United Nations Charter and territorial integrity.The resolution was agreed by consensus by the session participants in order to bring about peace between Russia and Ukraine.
The 144th IPU session also received input from other sessions, including the Committee on the Human Rights of Parliamentarians, Women Parliamentarians, Forum of Young Parliamentarians, UN Affairs. Acceptance of the results of the trial was obtained by unanimous vote.
At 16.30 WITA, the 144th IPU session in Nusa Dua Bali was finally closed by the Chair of the Indonesian House of Representatives, Puan Maharani, as the host. In her closing speech, Puan delivered a message about the positive role of parliament in issues of climate change, global crises, human rights, world peace, and resulted in a mediation to resolve the war in Ukraine.
At the same time, the Chairperson of the Indonesian House of Representatives expressed his gratitude for the arrival of IPU members in the session in Nusa Dua Bali and the 144th IPU trial was able to run smoothly with positive agreements that could advance the world in various fields. (Red – PR)