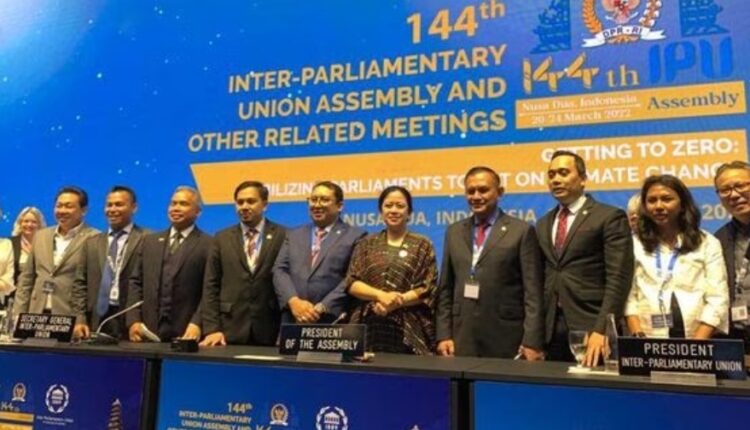 The nation’s capital city (IKN) will be moved from DKI Jakarta to North Penajam Paser, East Kalimantan. When there is a relocation of IKN, it will not only create new facilities, but will also create sociocultural synergies in the context of advancing Indonesia.

The relocation of the nation’s capital is planned to begin in 2024. Although it is still two years away, the preparations have been in place for a long time, because this is a super big project. Moving the capital city is not only about bringing in government employees and creating new offices, but also making various adjustments in new places.

The main adjustment is from a cultural perspective because there are cultures that differ greatly between immigrants from DKI Jakarta and native residents of Borneo. There, there are gatherings of various ethnicities, because the residents of Jakarta are not only native Betawi people, but also Javanese, Sundanese, etc. They will interact with the Dayak people, banjar, etc. and familiarize themselves with each other.

Head of BIN (State Intelligence Agency) General (ret) Budi Gunawan stated that one of the parameters for the successful development of the nation’s capital is the occurrence of socio-cultural synergy of citizens from different backgrounds. In a sense, there are indeed differences in the background of IKN residents because their ethnicity is not the same, but they will adapt and will work together to build this country.

This synergy is needed because it requires good cooperation between citizens, regardless of their ethnicity, but from their sincerity to want to move forward. They don’t care about differences, because what matters is unity. That’s where the implementation of Bhinneka Tunggal Ika takes place. When there are differences, they do not cause conflict, but they are eager to unite even though their backgrounds are different.

General (ret) Budi Gunawan added that at first there were groupings. For example, migrants will associate with migrants and the native people of Kalimantan also have different groups. This is indeed natural when there is a transfer to a new place, because it is still in the adaptation stage.

However, over time there will be fusion so that multi-ethnic communities will associate with each other. They don’t mind the differences, because they are aware that Indonesia is made up of many different ethnicities and people’s backgrounds. So, we don’t have to worry about conflicts between immigrants and natives, because there will be interactions naturally and peacefully.

Representatives of the Dayak and Banjar indigenous peoples have approved IKN. They are aware that the new capital city will bring many benefits to Indonesia, especially in the Borneo region, because there are many new facilities being built. This will make people’s lives easier.

Sociocultural synergy will occur because all citizens are aware that differences are beautiful. They don’t care what their background is, because they understand that we are all Indonesian citizens. All merged into one and eager to form a modern IKN and continue to advance.

Synergy is indeed needed so that IKN can transform into a modern city. If there are many investors, Penajam (which will change its name to Nusantara) will become a beautiful area filled with foreign tourists, and increase the country’s foreign exchange.

IKN relocation is a very important project because it will realize equitable development throughout Indonesia. Borneo will be more advanced because there are various new facilities and infrastructure. When there is a transfer of IKN, there is a meeting between 2 parties, namely immigrants and indigenous people, and they will work together to build Indonesia.