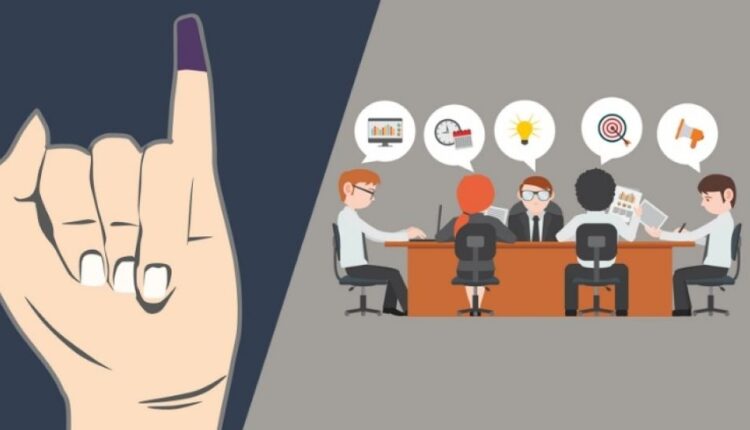 Making religion a political weapon is of course a dangerous thing, so it is hoped that the 2024 elections in Indonesia can take place in a democratic and rational manner.

According to him, the journey of democracy in Indonesia faces a very big challenge, one of which is the spread of identity political interests which can divide and cause very sharp polarization among the nation’s children.

Cak Abid, who is a DPD Formator for the Muhammadiyah Student Association (IMM) for the 2022-2024 period, is of the view that identity politics cannot simply be eliminated in Indonesia. This is because the identity of the Indonesian people is plural and still holds strong customs.

His party considers that the interests of identity politics are quite worrying and cause cracks in the roots of national unity and integrity. For this reason, his party also invites all elements of the nation to voice their rejection of identity politics as a tool to gain electoral votes in the upcoming 2024 elections.

Cak Abid who also stated, Indonesia currently needs a leader figure who has a track clear record , has big and quality ideas and is able to work really for the betterment of the nation and state.

Previously, the Indonesian National Police (POLRI) had formed a task force (taskgas) to prevent political disturbances with identity-based hatred in the 2024 presidential or local elections.

On a different occasion, the Head of the Youth Movement (GP) Ansor Yaqut Cholil Qoumas said, entering a political year, many political actors are narrow-minded in order to further their interests. There are even those who are cunning by bringing up religious issues or symbols. This of course must be watched out for together because it is very dangerous for national unity.

Gus Yaqut said that the Indonesian nation was built on the hard struggle of the founders to unite various existing differences such as religion, ethnicity, race, class, language and so on. The unity that has been forged strong until now should continue to be cared for and maintained because Indonesia has proven to be a shared home.

Facing this situation, Gus Yaqut also asked the Ansor and Banser Youth cadres not to let their guard down. Because it is very possible that the users of religious politics are also targeting NU cadres for practical purposes.

He also requested that the cadres try to continue to tighten the pattern of coordination at all levels. This is done because in the future political developments in the country will be more dynamic.

The Ansor Youth Movement is also determined that a five-year political agenda such as the 2024 General Election must run according to regulations and take place safely, honestly, fairly and pleasantly. This is also in accordance with President Jokowi’s direction which invites political actors to uphold ethics by prioritizing politeness, mutual respect and so on.

The Election Supervisory Body (Bawaslu) predicts that young voters in 2024 can reach up to 60%. In other words, the 2024 Election will be the era of students and first time voters to vote.

Of course the younger generation, both students and those who are still attending high school/vocational school, so they can exercise their right to vote and be able to play an active role and support the 2024 election.

The large number of young people who will participate in the 2024 elections will of course be a “delicious cake” for political party cadres to fight for sympathy. Thus, various methods will be used by parties to attract the sympathy of young voters, including identity politics which is prone to creating divisions between people.

Efforts to eliminate the practice of identity politics will certainly be one of the important homework for Indonesia ahead of the upcoming 2024 elections. This is important, especially because it is closely related to equal rights, community unity and integrity, as well as democratic principles. Moreover, the issue of SARA is quite a sensitive matter to be used as a campaign tool.

As a country with a diverse and democratic culture , it is fitting for all people to have equal rights in elections. Not only Javanese can become state leaders, people outside Java should also be able to and have the right to be involved in election contestation.

It is not easy to eliminate identity politics in Indonesia, so the government needs to provide an understanding to the younger generation to be careful of any political maneuvers that highlight identity in order to gain votes.

KST is the source of conflict in Papua, must be dealt with firmly!