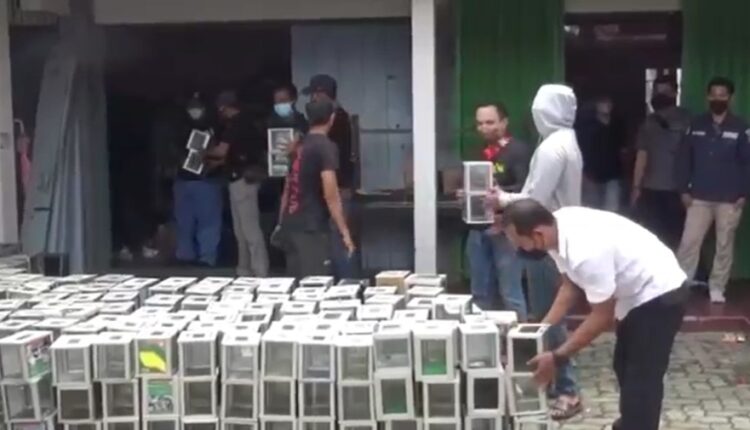 The public is asked to be aware of terrorist fundraising through humanitarian action. It was proven that the fundraising was not channeled properly and was even used to finance terrorism.

The Ministry of Religion stated that it had revoked the permit of the Abdurohman bin Auf Amil Zakat Institution (LAZ ABA) since January 2021. The agency is suspected of having raised funds for terrorism activities of Jamaah Islamiyah (JI).

Nurruzzaman as the Special Staff of the Minister of Religion said that the amil zakat agency must provide financial reports every six months. However, reporting is not carried out by LAZ ABA.

He also said that LAZ ABA had long been known to be indicated for channeling funds for terrorist activities. For these reasons, the Ministry of Religion decided to revoke LAZ ABA’s operating license.

In addition, they are also indicated to use money for activities that are against and against the state. Nuruzzaman then appealed to the public to be more careful in donating their wealth to zakat collection institutions.

Previously, the police had arrested 3 suspected terrorists, namely Farid Okbah, Ahmad Zain An Najah and Anung Al Hamad. All three are suspected of being affiliated with the Jamaah Islamiyah group.

Karo Penmas at Polri Headquarters Brigadier General Rusdi Hartono said that so far there have been two sources of JI funding. The first is through infaq which is given every month from all members of the JI group of 2.5 percent of the income of its members. Then the second source of funding is by establishing LAZ ABA. Police believe this institution was created by JI to obtain funding.

Rusdi said, by camouflaging the activities of LAZ ABA for educational activities, for social activities, but some of the funds collected were used as funds to mobilize the JI terrorists.

LAZ ABA allegedly raised funds through hundreds of charity boxes distributed to various locations. In addition, LAZ ABA also raises funds from date palm plantations. He also said that fundraising was done systematically. With the camouflage of the activities of Baitul Maal Abdurahman bin Auf for social activities, but some of the funds collected were used as funds to mobilize the JI terrorist group.

According to him, the funding method was designed by JI so that funding can be received from outside (external) organizations. In addition, JI also has an internal funding scheme by utilizing the infaq provided by members every month.

According to Rusdi, Densus 88 Polri has been carrying out law enforcement efforts since 2019 to cut off the funding source for the network. Some of them are parties who work at the LAZ ABA foundation in Jakarta, North Sumatra, Lampung or Medan.

Law enforcement efforts will continue to be carried out so that it can be used as a guide for the Densus to be able to complete the movement of the terrorist group. Densus also stated that the funds would later be used to send JI cadres to a number of Syria or conflict countries to carry out an agenda called Global Jihad. For example, targets such as Syria, Iraq and Afghanistan.

Global Jihad itself is a cadre and consolidation effort for members of the Islamic congregation. When the funds have been collected, the cadres will be sent to areas such as Syria, Iraq and Afghanistan. The cadres will be trained in the field to improve the military capabilities of the cadres. The program also aims to build networks with radical groups in conflict countries.

On a different occasion, Stanislaus Riyanta as Director of the Center for the Study of Political and Strategic Policy in Indonesia revealed that after the arrest of Abu Bakar Ba’asyir, Jamaah Islamiyah changed its strategy, not with violence but with soft methods including fundraising, da’wah and fundraising. The goals of Jamaah Islamiyah are not short term but long term. Once they are big, including members and funds, then they will act.

A few years ago, JI did not terrorize Indonesia, because they thought that Indonesia was just a place to raise money. Jamaah Islamiyah tended to create humanitarian organizations such as BM-ABA, Syam Organizar and Hilal Ahmar Society Indonesia.