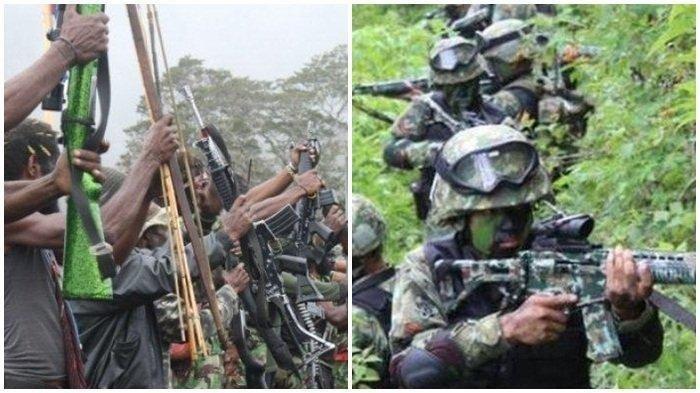 Support the Government to Take Firm Action on Terror Groups

Terrorist groups are groups that must be dealt with firmly, they have been proven to disturb the peaceful atmosphere and spread hatred. The public also supports the government for the existing terror groups in Indonesia.

Recently, the Special Detachment (Densus) 88 Anti-terror of the National Police has managed to arrest 5 terrorist suspects of the Jamaah Islamiyah (JI) Network who were arrested from a number of areas in East Java.

Previously, the Head of RT 1, Sarpan admitted that he had heard about the arrest of the suspected terrorist. Then, then Sarpan was asked to be a witness in the US house search. The US itself is known as an electronics repairman. He also has a laptop buying and selling business.

Based on the family card received by Sarpan, AS was born in Lamongan Regency. While his wife was born in Surabaya. Meanwhile, Densus 88 also arrested a suspected terrorist in Bojonegoro. The suspect, with the initials BA, lives in Semen Kidul Village, Sukosewu, Bojonegoro. Previously BA was an egg seller. However, the egg trading business was abandoned after the boarding school he built began to have many students.

The village head of Semen Kidul Lugito and the villagers also never thought that BA had other activities that were prohibited by the government. Even though the residents already know that every afternoon BA’s activities are only teaching the Koran.

Lugito said that BA’s family life has been known to be secretive, especially BA’s wife who wears a veil. Every day BA’s wife, whose initials M only goes out of the house when shopping for daily needs. He said that during the search, Detachment 88 managed to confiscate a number of items, including books about jihad.

We need to know that Jamaah Islamiyah (JI) is a dangerous organization. Previously, Densus 88 had also dismantled the JI war training center in a two-story villa in Gintungan Village, Semarang Regency, Central Java. Unmitigated there are at least 12 locations of war drills found in the province of Central Java.

Inspector General of Police Argo Yuwono as the Head of the Public Relations Division of the Police said that the war training had been started in 2011 by a person named Joko Priyono alias Karso and eight other trainers.

The members or cadres are students of Islamic boarding schools affiliated with Karso. On average, the 10 best students were invited to join the six-month training.

During the training the cadres were given knowledge about self-defense with bare hands, sharp weapons and fire, ambushing people, and assembling bombs. The ten cadres did not all pass. There is a selection mechanism as well.

Several cadres had already left for Syria to continue training with Jabhat Nusrah. Meanwhile, terrorism researcher Al Chaidar once said that JI was a neat organization, especially when compared to JAD. On this basis, JI became a more complicated organization and took a long time to crush it. JI also raised funds by distributing charity boxes, the proceeds of which were used to pay for trainers and cadres’ fees to go to Syria.

Terror acts of course cannot be tolerated, the government needs to take anticipatory steps so that terrorist organizations do not have the means to get cadres. In addition, the public also needs to support the government’s efforts to suppress terrorist groups, so that Indonesia remains a prosperous country in its diversity.

Beware of the Potential Spike in Covid-19 Cases