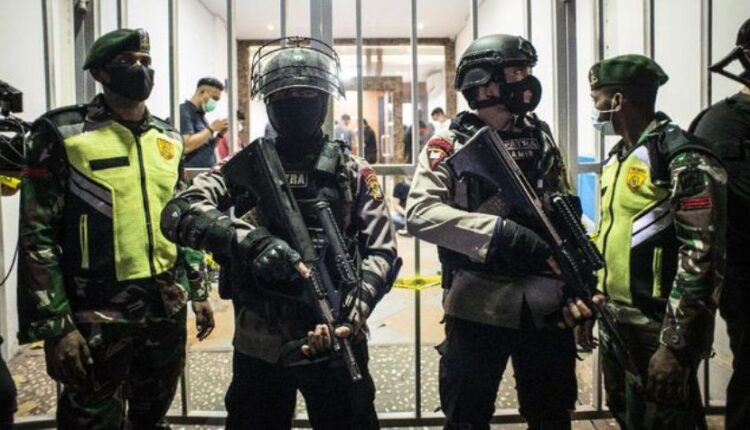 Terrorist Arrests Are Not a Form of Islamophobia

Arresting terrorists is not a form of criminalization of clerics and is part of Islamophobia. The public is also asked to be aware of these provocations and support efforts to eradicate radical groups.

The arrest of terrorists sometimes leads to unsavory assumptions. Former Democrat Party politician, Ferdinand Hutahaean has asked the public to support the steps of the National Police in an effort to catch terrorists. Ferdinand said the arrest was a preventive measure by the police, not criminalization or Islamophobia.

Based on the information received, Farid was involved in the terrorist group Jamaah Islamiyah (JI) as an elder team or JI shuro board and a member of the sharia board of LAZ BM Abdurrahman Bin Auf.

Meanwhile, Anung is known to be a member of the Perisai Nusantara Esa supervisory board in 2017 and is also an administrator or supervisor of the Jamaah Islamiyah (JI) group.

The three people have been named suspects of alleged criminal acts of terrorism and are also subject to Article 15 in conjunction with Article 7 of Law Number 15 of 2018 concerning terrorism.

On a different occasion, Deputy Chairman of Commission III of the DPR, Pangeran Khairul Saleh, assessed that the steps taken by the Anti-Terror Detachment 88 of the Police to arrest 3 terror suspects were not an attempt to build a bad stigma for an institution. One of the three suspected terrorists arrested is listed as a member of the MUI Fatwa Commission.

He considered that the incident was a normal thing that could not be predicted and could involve anyone and from any institution. The prince considered that the arrest of Densus 88 was an ordinary action in an effort to prevent acts of terrorism because the arrested perpetrators had been targeted by Densus 88 over a long period of time and with strong evidence.

Arrests of terrorists and terrorist networks must be directed at investigating and thoroughly arresting the mastermind behind terrorism itself, because it is possible that intelligence and funds from abroad play a role in the KST terrorist act in Papua.

He said, of course, all parties are obliged to avoid and prevent attempts to “burn” the MUI institution just because the arrested person was the administrator in it. Because after all, the existence of the MUI is an inseparable part of the role of Muslims in strengthening the home of the NKRI so that it is obligatory to maintain together the honorable role of the institution.

Meanwhile, Vice President Ma’ruf Amin appreciated the performance of the Special Detachment 88 Anti-Terror Police in arresting suspected terrorists, one of whom was an administrator of the Central Indonesian Ulema Council (MUI).

This was conveyed by the Spokesperson for the Vice President Masduki Baidlowi on the plane while heading to Jakarta while accompanying the Vice President’s working visit to North Sulawesi Province, Friday 19 November 2021. Ma’ruf Amin through Baidlowi said that the case should be processed legally. The vice president also appreciates what Densus 88 has done.

Ma’ruf Amin as Chairman of the MUI Advisory Council, also supports the Anti-terror Detachment 88 of the National Police to work in tackling radicalism and terrorism by arresting parties suspected of being involved in illegal networks.

It should be noted that the National Police’s Anti-terror Detachment 88 applies Article 4 of Law Number 9 of 2013 concerning the Financing of Terrorism to Farid Okbah and two other suspects who were arrested in Bekasi. Ahmad Ramadhan as the Head of the Public Information Section of the National Police Public Relations Division explained that Article 4 of the Republic of Indonesia Law Number 9 of 2013 explains all actions in the context of providing, collecting, giving, or lending funds, either directly or indirectly with the intention of being used and/or known to be used to carry out terrorist activities, terrorist organizations or terrorists.

Terrorist groups do not know time and place, it can be in educational institutions, NGOs or various institutions and organizations, they infiltrate quietly so it is not easy to know that the person has a track record of being a member of a terrorist group or radical group.