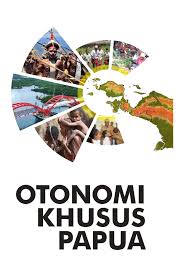 The government has decided to re-extend Otsus Papua. The community also welcomed this positively and was committed to guarding Otsus so that it was more targeted and effective in developing Papua.

What do you remember about Papua? The place is very beautiful with its abundant natural wealth. The potential in this Cenderawasih Earth that can still be explored, so that the people can be more prosperous. To support development, the government launched special autonomy (Otsus) in 2001 and continued in 2021.

Otsus volume 2 is targeted to be more successful than the first volume. The reason is because the Special Autonomy funds given are far more, reaching 12 trillion rupiah. This amount of money is 2.25% of the DAU (general allocation fund), and the nominal is up from last year.

To arrange for Otsus volume 2 to run smoothly, the government promulgated Law Number 2 of 2021 concerning Otsus. This law regulates several things related to Otsus, ranging from the percentage of distribution to indigenous peoples. Supervision of Otsus funds is also continuously carried out so that there are no adverse budget deviations.

Coordinating Minister for Political, Legal and Security Affairs Mahfud MD stated 3 reasons the government made the Special Autonomy Law. First, to maintain the integrity of the Republic of Indonesia and advance Papua. In a sense, this law is very important so that there is a continuation of development on the Earth of Cendrawasih and do not let infrastructure projects stop until 2021. Therefore, Otsus needs to be continued so that Papua is more advanced.

Second, the formation of the Special Autonomy Law in accordance with the mechanism of the 1945 Constitution, where in Article 5 paragraphs 1 and 2 of the 1945 Constitution it is stated that the President has the right to form bills and the DPR has the power to form laws. The Special Autonomy Law was made specifically so that the implementation of Otsus volume 2 will run smoothly for the next 20 years.

The Special Autonomy Law was specially made by President Jokowi because he is very concerned about Papua and wants the people to progress, and practice the principles of justice in Indonesia. In terms of development not only in Java but also to remote areas of Papua.

In the Special Autonomy Law, it is regulated that the Papuan people can increasingly have the right to express their opinion and regulate their own area. The MRP that was created was not just an assembly on paper, but actually voiced the cries of the Papuan people.

In addition, the Governor, Deputy Governor, Mayor, and his deputy must also be native Papuan sons. This is intended so that they can manage their own territory, and gain the full trust of the central government. If the leader is a native Papuan, then they can better understand what the people of Cendrawasih need.

Otsus volume 2 must be a success, because the budget is also regulated in detail. In addition to infrastructure, there is also a budget for education, health, and others. So that development in Papua takes place as a whole, not only in public facilities but also in social, economic and psychological development.

The success of Otsus volume 2 was predicted because the budget was much larger than the previous period. Supervision is also carried out strictly by the BPK and officials, so that the Otsus funds are not simply squandered. The community is happy because there is an Special Autonomy Law which regulates that the volume of Special Autonomy will be more successful.

Terrorist Arrests Are Not a Form of Islamophobia