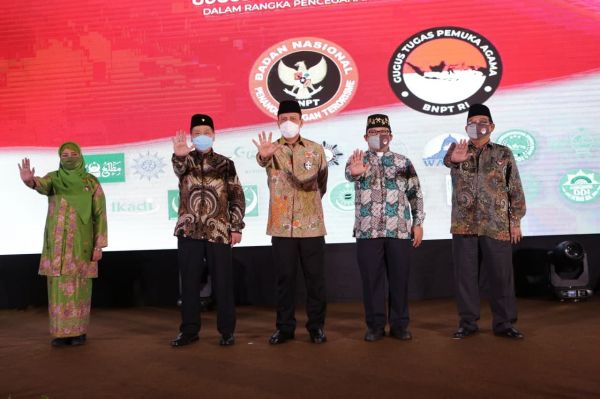 The Role of Moderate Religious Leaders in Countering Radicalism

Radicalism is one of the major threats to the Indonesian nation. The community also encourages the role of moderate religious leaders to play an active role in countering radical religious narratives.

Religious radicalism is one of the threats to the destruction of the spirit of Bhineka Tunggal Ika, radical thinking shows that my beliefs are right and besides my beliefs are wrong, even though Indonesia has recognized 6 religions.

Radical narratives with religious issues can certainly be countered by the presence of moderate preachers who have wasatiyah insight in the community. Deputy Director of the Postgraduate Program at Alauddin State Ismal University Makassar, South Sulawesi, Dr Andi Aderus, said that there needs to be a regeneration of moderates to balance out the radical religious narratives that continue to exist in society.

According to Andi, the diversity and wealth of this nation are the driving factors for Indonesia to become an easy target for radical groups. The conspicuous ethnic, cultural and religious backgrounds are often the issues used for the narrative of division.

Including the issue of anti-nationalism which also rejects local wisdom by clashing between nationalism and religion. Therefore, one of the leaders of Darud Da’wah Wal-Irsyad (DDI), tackling radicalism is not enough to do with a legal approach that involves ideology.

Andi said radicalism must be countered by understanding and strengthening national ideology and religious narratives. He also considered that there was a need for vigilance against radical narratives that could divide the community by riding on religious issues because it was proven that this narrative pattern often succeeded in creating chaos in the community.

According to Andi, there are several factors that make it easy for radical groups to be accepted by the community, including a lack of religious insight, being too passionate about religion and people’s habits of judging things only on the surface. He said that people are easily impressed by the labels that are displayed and offered such as sharia, Islam and sunnah without examining them in depth.

He also appreciated the role of the current government, which through the National Counterterrorism Agency (BNPT) has formed a task force for interfaith leaders by cooperating with interfaith leaders to fight radical narratives with soothing religious moderation.

Radical movements often recruit through various social media accounts. Their targets are usually young people who will be brainwashed to give them an understanding of radicalism. Meanwhile, Professor of the State Islamic University (UIN) Jakarta, Azyumardi Azra, revealed that radical ideas that consider their understanding to be the most correct have also infiltrated secondary schools through teachers.

The survey results from the Institute for Islamic Studies and Peace (LaKIP), led by Prof. Dr. Bambang Pranowo, who is also Professor of Islamic Sociology at UIN Jakarta, in 2010 showed that almost 50% of students agreed with radical actions.

The entry of radicalism among students is influenced by, among others, teachers or teachers who are affiliated or sympathetic to organizations that wish to replace Pancasila with a transnational ideology. Later this will lead the children to support the understanding of the caliphate.

The data also shows that 25% of students and 21 teachers state that Pancasila is no longer relevant. Meanwhile, 84.8% of students and 76.2% of teachers agree with the implementation of Islamic law in Indonesia. What should be underlined is that this radicalization usually begins with a shallow understanding of religion.

In a public lecture entitled preventing radicalism and strengthening national identity, which was held by the Faculty of Philosophy, UGM. Former terrorist Machmudi Haryono alias Yusuf, invites millennials not to be trapped in the puddle of radicalism.

Yusuf said that students could understand something comprehensively. If there is news or understanding, then try to find other comparisons so you don’t get stuck with the same thing.

He claimed to be a jihadist because it was triggered by the Bosnian War. After seeing the video, he wanted to know more about why there was a conflict and there was sympathy as to why this could happen.

Moderate Dai of course have good literacy on understanding jihad, so that the younger generation is able to interpret jihad which is not only about war, moderate Dai also plays a role in countering narratives that have the potential to damage the spirit of diversity.

Appreciate the Handling of Conflict in Papua