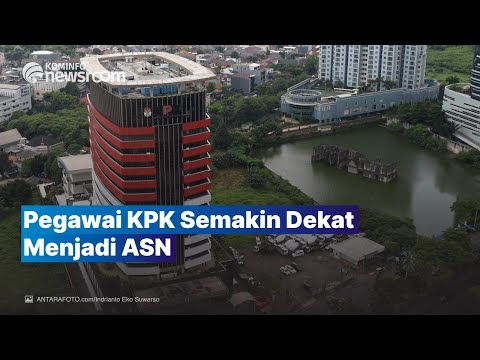 Transfer of Employee Status Does Not Weak KPK

Changing the status of KPK employees to ASN is a mandate of the law. When they become civil servants, it does not mean that their performance will be sluggish. Because basically the KPK must continue to be fierce towards every corruptor, even though this institution is under the state.

When all KPK employees will be changed their status to the state civil apparatus, there are rumors that the state will slowly destroy this institution. Because if all the workers at the KPK become civil servants, it will be difficult to eradicate corruption, collusion and nepotism in state institutions or ministries.

However, this was immediately denied by the KPK. Indriyanto Seno Adji, a member of the KPK Supervisory Board, stated that the transfer of tasks from KPK employees to ASN was not related to institutional weakening. The reason for this is because the Corruption Eradication Commission Law has confirmed its institutional independence position in carrying out the duties of enforcing the law in force.

In Article 3 of the Corruption Eradication Commission Law, it is stated that the KPK is a state institution in the executive power clump which in carrying out its duties and powers is independent and free from the influence of any power. In that sense, the government has regulated that the KPK will not be influenced by state officials, and when it does corruption it will still be crushed.

If you look at this article, it is clear that the KPK’s position is still respected as an institution that eradicates corruption, collusion and nepotism to its roots. When all KPK employees become ASN, it does not mean that their performance is sluggish like crackers splashed with water. The KPK is still allowed to work decisively and fiercely in eradicating corruption in Indonesia.

In addition, this Law also explains that there is no attempt to tackle the KPK as an anti-graft institution. Whoever the president is, will still respect the KPK as a supervisor and investigator of every corruption case. Because Indonesia is a country of law and everyone is obliged to obey the law and is prohibited from breaking the law, for example with KKN, even though he is a high state official.

In addition, the Corruption Eradication Commission Law also states that these institutions may still conduct hand arrest (OTT) operations on every state official. This dismissed the issue that changing the status of KPK employees would make employees feel reluctant to work as fiercely as before, because those arrested were their own associates. The Corruption Eradication Commission is still working hard to eradicate the corruptors.

Indriyanto continued, we must comply with legal regulations from the state. Likewise, the Corruption Eradication Commission Law regarding the status transfer of KPK employees to become ASN, so legally it still has legitimacy as long as it is not decided otherwise. In that sense, the change in their status to become civil servants has a legal umbrella and is legal in the state, so that it cannot be contested anymore.

Changing the status of KPK employees will include them in a more systematic system, so that their performance will be more structured. If their status changes there will be positive things, because they are tidier and more organized, because they are subject to state regulations.

If each KPK employee becomes an ASN, he will enjoy new facilities in the form of allowances and pension when he returns to work. However, there must be clear regulations, because senior KPK employees should not only be assigned to ASN class 3A, because they should be civil servants with a minimum class 4A.

When KPK employees are appointed to be state civil servants, the public doesn’t have to grumble. The reason is because the KPK will still be allowed to work fiercely in efforts to eradicate corruption, and may still carry out arrest operations. The state will not deflate the KPK from within.

) * The author is a contributor to Pertiwi institute

The mention of the KKB as a terrorist is appropriate