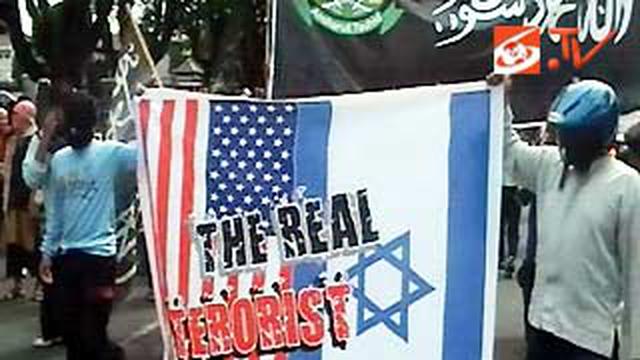 Israel’s atrocities have made them condemned by many other countries, including Indonesia. The government has acted decisively by condemning the violence perpetrated by the Israeli army. Also urged the UN to mediate this problem.

The raid carried out by the Israeli army was really cruel, because they attacked the Aqsa Mosque compound. The Palestinians fought with stones but the fight was unequal, as the Pale Stina soldiers were strafing more fully armed. There were 200 reported victims in the bloody incident.

The President also urged the UN council to act firmly in dealing with the conflict between Israel and Palestine. The reason is, this problem has been prolonged and has not found a solution. Currently the UN is holding an internal meeting and there are representatives from other countries, and unfortunately there has been no official statement from them. We can only pray that there is the best decision from the United Nations.

The Indonesian government chose to defend Palestine because the actions of Israeli soldiers violated human rights. Why attack the Aqsa mosque in the holy month of Ramadan ? Are they crazy because they want to destroy the house of worship? This cruelty is hard to forgive, because it is the same as obstructing the right of others to be close to God.

Why attack the mosque complex when the tarawih prayers are being held there? Maybe they were plotting genocide or some other bad plan. Indeed, this crime can be categorized as premeditated murder, in addition to deprivation of the rights of others. Because when they are praying in congregation, of course the people concentrate and cannot fight if they are attacked.

Foreign Minister Retno Marsudi stated that Indonesia has always been in the Palestinian camp. This support is based on UN Security Council resolutions and parameters agreed upon by the two countries. Also, according to history, Palestine is one of the countries that recognize Indonesia’s independence so that the position of the Republic of Indonesia as an independent country is legal in the eyes of international law.

When Palestine is attacked, it is time to repay the kindness of the Palestinian people. Since several months ago the government has indeed planned to provide assistance to them and the amount has reached more than 3 billion. This assistance is official in nature and hopefully it will arrive safely to Palestine.

This assistance is very meaningful because the displaced refugees certainly need logistics and other assistance . Those who are forced to flee from their homes, which are claimed to be Israeli territory when in fact belong to Palestine, only carry their clothes on their bodies. Because thinking about the safety of himself and his family. If there is assistance, it will certainly help them to continue their life.

The Indonesian government was empathetic and sent aid because the Palestinian people were in trouble. They cannot live normally, but must live under the terror of the Israeli army which can strike at any time. Moreover, Israel also threatened to send rockets to Gaza and other Palestinian territories, so that what they did was categorized as occupation.

Hopefully the UN will immediately grant the Indonesian government’s urge to take a firm stance and rebuke Israel harshly, without any interference from other parties. Do not let any other country turn out to position itself as a defender of Israel, because defending criminals is tantamount to committing crimes.

The Indonesian government immediately reacted violently when Palestine was attacked and caused many victims. Israel’s atrocities must stop right away. Don’t let them occupy Palestine and commit other crimes, because it could trigger a third world war.

Change of Status of KPK Employees Must Be on Time