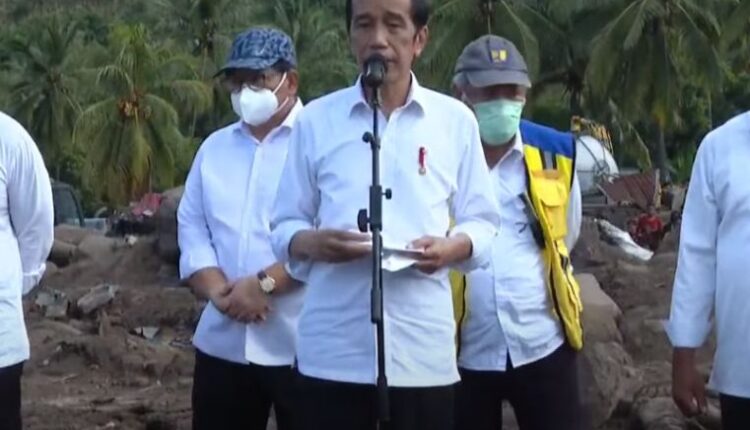 The government continues to move quickly in dealing with the victims of the Malang earthquake that occurred on Saturday (10/4). This effort is expected to accelerate the rescue of victims and post-disaster rehabilitation.

The Minister of Social Affairs (Mensos) Tri Rismaharini gave a quick response to the handling of the disaster.

The former Surabaya mayor has prepared a soccer field as an evacuation post for victims of the earthquake in Malang. Initially there were 13 points that would be used as evacuation posts, but with various considerations the posts were merged into 2 locations.

Risma said, residents whose homes are worried should be evacuated first. He was grateful that Malang residents wanted to evacuate. He also said that in the soccer field there will be a tent and a public kitchen.

He admitted that the evacuation post will continue to be established as a residence for residents until there is safe news from the Meteorology, Climatology and Geophysics Agency (BMKG), so that all residents can return to their respective homes. In addition to building refugee camps with tents. Public kitchens have also been prepared to meet the food needs of residents affected by the earthquake.

The presence of the Minister of Social Affairs Tri Rismaharini in Malang Regency and Lumajang Regency, East Java is a form of the government’s quick response to the 6.1 magnitude earthquake disaster where the vibrations can be felt in surrounding cities in the East Java region.

Risma said that logistic assistance had been sent, namely 2 trucks in Lumajang Regency and 1 truck in Malang Regency.

Meanwhile, the National Disaster Management Agency (BNPB) will provide assistance to residents affected by the earthquake in Malang Regency. East Java. The amount of aid that has been prepared is IDR 1 billion.

Head of BNPB, Doni Monardo, said that his party would distribute ready-to-use funds to help field kitchens amounting to Rp. 1 billion, which would be distributed to the provincial government through BPBD.

Doni asked the residents’ houses that were moderately and lightly damaged to be built independently. The condition is that the local government submits a proposal to BNPB with the name, address, including the National Identity Number (NIK).

Before being proposed, the area should include a list of names in the village or kelurahan. This is so that residents can assess which ones are entitled to receive stimulant assistance with severe, moderate and light damage.

Doni explained that the funds provided were different. For serious damage, the central government has prepared a stimulant fund of IDR 50 million. Medium, Rp. 25 million and Rp. 10 million light.

The reconstruction of heavily damaged houses will be assisted by elements of the TNI-Polri. As well as from the Ministry of PUPR. So that the house building process can run faster. Including moderate and lightly damaged houses, his party hopes that by the time of Ramadan, residents will be able to return home sooner and not stay in evacuation for too long.

Doni reminded affected residents to still be able to reduce the risk of being exposed to Covid-19. As long as residents cannot occupy their homes, the government, through BNPB, provides financial assistance of Rp. 500 thousand per month. On a different occasion, the Government of Malang Regency, East Java declared an earthquake emergency response status after the 6.1 magnitude earthquake occurred on April 10, 2021 at 14.00.

Acting Head (Plt) of the Head of Emergency and Logistics for the Regional Disaster Management Agency (BPBD) Malang Sadono said that as many as 21 sub-districts in the region were affected by the earthquake with the epicenter in the southwest of the area.

Sadono said, his party had sent a Quick Reaction Team (TRC) U to carry out cross-sectoral data collection and coordination. Then, BPBD Malang Regency has also established a disaster emergency response post. BPBD together with the TNI, Polri and related OPDs and volunteers have been deployed to the location for disaster emergency handling.

The rapid response from the government, both local government and ministry, certainly deserves appreciation, because when a disaster occurs, this quick response is what is needed to deal with various post-disaster matters.