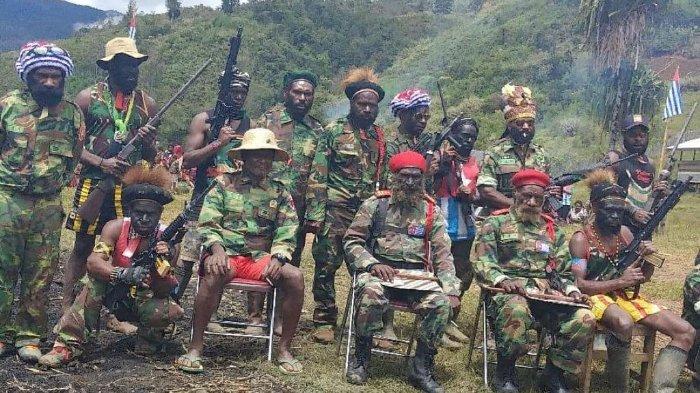 The armed separatist criminal group (KKSB) showed arrogance by carrying out shootings. The incident took a toll, and it is very unfortunate. Because those who lost their lives were fellow indigenous Papuans. This shows that KKSB is getting more cruel in its actions.

The situation in Papua began to heat up at the end of the year, due to acts of terror from the KKSB. Those who are affiliated with OPM do it on purpose, and it is an annual tradition, ahead of their birthday on December 1. KKSB went down the mountains and provoked Papuans, and took various measures to make their requests fulfilled by the local government.

Unfortunately, in the terror action in Nduga, there was one person whose life was not saved. His name is Yulius Wotepo, a native Papuan. Even though he was taken to the hospital, he lost his life. Yulius’s death was very sad, because KKSB was very cruel and shot his own brothers.

The chronology, Yulius departs from the company-owned camp, to the work location. He built a road in front of the regent’s house. Then when he heard gunfire, Yulius immediately returned to the camp, but unfortunately he was shot. He was evacuated to Mimika but unfortunately was not saved. This was stated by the Head of Public Relations of the Papua Police, Ahmad Mustofa Kamal.

In this shooting, actually the target was the TNI Post for the Support Task Force Yonif PR 330 / TD Pasar Baru Kenyam, Nduga Regency. But unfortunately the victims are civilians. Many parties regretted this incident because KKSB was really cruel and dared to shoot people who did not have weapons.

If the KKSB was arrested, they would argue that Yulius was a civilian in plain clothes. But those who are used to guerrillas certainly do not know the difference between officers in uniform and those who are undercover. So that blindly immediately throw a bullet.

This shooting incident is not the first. Previously there were motorcycle taxi drivers who were victims of KKSB atrocities. They also dared to shoot construction workers at Intan Jaya. So that it set a record as an armed group that acted like thugs, and was hated by indigenous Papuans.

KKSB is increasingly failing to seek sympathy from the people on the Earth of Cendrawasih, because they always take action carelessly. When they have the heart to kill their tribesmen, it is only natural that they are wanted by the authorities. Its existence has always troubled Papuans, starting from those living in Merauke, Sorong, to Mimika.

When the OPM is birthday, the KKSB also issues a move to seduce Papuans. They are convinced that it is better to create a federal state for West Papua than to join Indonesia. Our country is considered a colonizer. Even though they do not know that the Papuan people are smart and are not easily persuaded, even with the lure of material.

Papuan civil society hates the KKSB because they commit atrocities, and also misuse village funds. In Intan Jaya, there are village officials who use the aid money to buy KKSB new weapons. This mistake cannot be tolerated, because they are proven to be pro KKSB, even though they admit to doing so under threat.

Therefore, the Papuan people do not want to be invited to fly the Morning Star flag. The reason is because they have a high sense of nationalism and do not want to lower the red and white flag. If the OPM has a birthday, then don’t spread terror and disturb the public, because they will receive verbal abuse.

The emergence of the KKSB separatist group is very disturbing because they dare to shoot indigenous Papuans. Their actions are increasingly inconsequential and make them hated by the public. Because they forced their will to liberate Papua and invite the indigenous people of Cendrawasih to join in the rebellion.

People Do Not Have To Worry About Covid-19 Vaccine