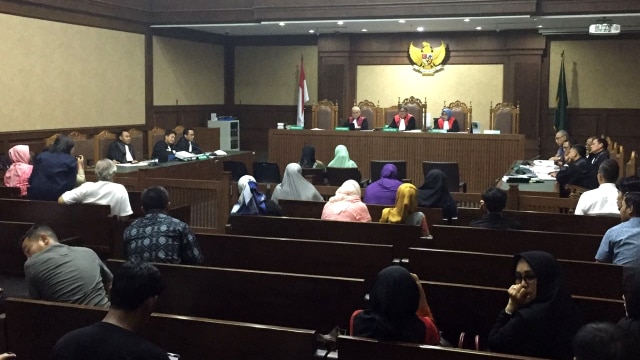 Defamation of the Court

The attitude of Rizieq Shihab who walked out and protested with a high tone at the trial could not be justified because he was considered insulting the court. The community also asked law enforcement officials to take firm action against Rizieq’s negative behavior in order to maintain legal authority.

The chairman of the Judicial Commission, Mukti Fajar Nur Dewata, said that he would take several legal steps if the former leader of the Islamic Defenders Front (FPI) Rizieq was deemed to have insulted or demeaned the court by degrading the dignity of the judge.

This is because Rizieq protested strongly during the trial at the East Jakarta District Court. FPI itself is a community organization ( O rmas) that has been banned by the Indonesian government.

Mukti said , intending to report perpetrators of lowering the honor and dignity of judges to law enforcers and monitoring the legal process in accordance with applicable legal procedures and / or other steps are actions taken by the Judicial Commission in the form of non-litigation which can be in the form of mediation, conciliation and / or subpoena. .

Mukti said the move was based on KY Regulation Number 8 of 2013 concerning Judge Advocacy.

Meanwhile, regarding Rizieq who asked to be presented directly to the court, Mukti explained , the panel of judges had the authority to determine the trial to be held virtually.

This has been regulated in Perma Number 4 of 2020 concerning Electronic Criminal Administration and Trial which was signed by the Chief Justice of the Supreme Court (MA) on September 2, 5, 2021.

Mukti said, It must be understood that the judge is the leader in the trial. The judge has full authority by taking a stand to summon HRS (Rizieq Shihab) to be presented at the virtual trial, although this is also limited by procedural law or formal law.

He said that the judge had a basis for consideration because of the pandemic situation and conditions. According to him, the judge had declared the trial open to the public. This means that the public can still access the trial even though it is held virtually.

Regarding the refusal of the HRS defendant to attend the virtual trial for fear of technical problems, this is also part of the judicial technicalities. As a formal law, it is possible to follow up with a second, third or forced call.

Mukti firmly stated that the attitude of refusing to be present in court, either directly or virtually, will become a record and will continue to be experienced by the Judicial Commission, which will then be further analyzed whether it is a category of behavior degrading the dignity and honor of judges.

Indriyanto said that the attitude shown by Habib was actually detrimental to Rizieq. Because Rizieq would be interpreted as having given up all rights to defend himself legally.

Rizieq also seemed to be dramatized, where before the indictment was read, there was a debate between a Habib Rizieq and the public prosecutor in the hallway of the detention center (remand center) Bareskrim Polri.

Rizieq revealed the reason why he refused to attend the online trial. There were 3 reasons that he conveyed, where HRS was worried about being sabotaged, did not communicate smoothly with lawyers and harmed himself as a defendant.

On the sidelines of the debate, j uga was pointing at someone carrying a camera. Rizieq felt he was being cheated by the camera. The incident in the detention hall was also recorded.

This action was apparently part of Rizieq’s stance to argue, in short, Rizieq’s story was successfully presented in the online court session of the Police Criminal Investigation Unit. However, during the trial Habib issued a silent stance.

Public prosecutors who were present virtually at the National Police Criminal Investigation Unit said that at the trial Rizieq’s lawyer was present , but did not mention the name of the lawyer.

The panel of judges responded to the public prosecutor’s information. The judge then asked Rizieq’s lawyer to answer the question whether to file an exception or not. But the lawyer was also silent.

After the prosecutor finished reading out the charges. Apparently Rizieq still issue the moment still, even in a trial that Rizieq not sit in the dock, but stood at one point, but still inside the courtroom Criminal Investigation Police. The panel of judges also briefly asked the public prosecutor at Bareskrim Polri to give a microphone to Habib Rizieq.

Rizieq’s attitude certainly did not show an exemplary attitude, where his silence and rebellion made the proceedings chaotic.