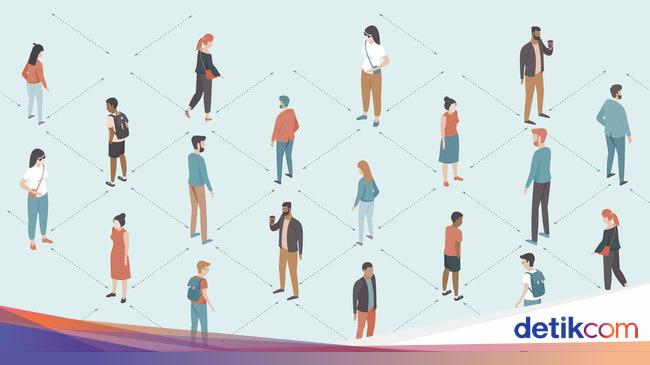 On April 21 and May 1, 2021, workers will hold demonstrations against Job Creation. The community certainly rejects the demonstration because it is currently still a pandemic, so it is feared that it will form a new corona cluster. The workers should understand and not push themselves, to the detriment of many people.

April 21 is known as Kartini Day. However, the workers celebrated not by wearing a kebaya and beskap , but by demonstrating. They still insist that the government cancel the Job Creation Law. The plan is for this demonstration to be carried out by 10,000 workers from 1,000 factories in 150 cities / regencies in Indonesia.

Said Iqbal, Chairman of the KSPI (labor union organization) stated that apart from April 21st, there will be a 2nd wave demonstration on May 1, 2021, aka on Labor Day. For this May Day demonstration , it will be even bigger. Because the participants reached 50,000 workers from 20 provinces in Indonesia.

The public is of course against the demonstration. First, the Job Creation Law has been implemented properly by the government and workers still get their rights. Namely the provincial minimum wage, overtime pay, and THR. Why are they against the Job Creation Law ? In fact, if we obey the old version of the Manpower Act, there will be many setbacks.

Second, demonstrations during a pandemic are very dangerous because they can transmit the Covid-19 virus. Although Said Iqbal guarantees that the demonstration is in accordance with health protocols, we cannot just believe it. If he can still control a demonstration in Jakarta when someone fails to remove his mask, then what about in the regions? Of course the answer is no.

Especially during the demonstration, the atmosphere was crowded and the workers were united. It is very legal for them to maintain a minimum distance of 1 meter, because they are holding hands. When it is hot, you will tend to take off your mask because of the heat. When there is 1 demonstrator who turns out to be OTG and is caught removing the mask, the droplets will spread and transmit the corona to many people. It’s really terrible.

OTG didn’t look physically sick and he felt fine during the demo. But it turns out that after it is known that they have contracted corona, thousands of people who come into contact with it will have the potential to become infected. For the tracing process , the Covid-19 Task Force Team will find it difficult, because they do not have accurate data about who are demonstrating workers and they have had contact with anyone.

If anyone gets corona after the demo, will KSPI take responsibility? Yes, if he has a BPJS card so the treatment is free, but if not, of course he will have to pay tens of millions of rupiah. The KSPI did not think so far, but they gave priority to the desire to demonstrate for the rights they asked for. Even though the government has arranged and provided it well.

Never mind and don’t have to continue the demonstration plan, either on April 21 or May 1. It is better to prioritize your own health, family and fellow workers. Demonstration during a pandemic is very dangerous because it can transmit co hue. Moreover, the number of covid patients in Indonesia is recorded at more than 4,000 people every day, and we certainly don’t want to be infected with this dangerous disease.

Hold on to your emotions and don’t continue to protest against the Job Creation Law. Because this law has been perfected so that the fate of workers will improve and their wages are higher. In addition, demonstrations during a pandemic can create a new corona cluster so that the pandemic will take longer to complete.