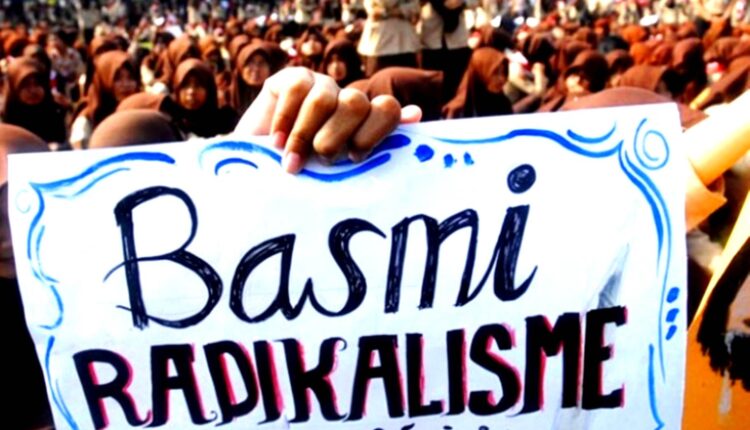 The environment of BUMN (State-Owned Enterprises) of course contains people who are elected to become servants of the state and serve the community, if BUMN is alleged to be a hotbed for spreading radicalism, of course this is very dangerous.

In early December 2019, Minister for State-Owned Enterprises (BUMN) Erick Thohir claimed to have received data on BUMN employees exposed to radicalism from the Coordinating Minister for Political, Legal and Security Affairs Mahfud MD . At that time Mahfud also asked Erick to immediately resolve the problem.

Meanwhile, Erick also believes that Islam does not teach about jihad in the form of suicide.

The existence of BUMN employees exposed to radical ideology was revealed by the head of the National Counterterrorism Agency (BNPT), Komjen Pol. Suhardi Alius. He admitted that he was trying to prevent the exposure of radicalism in SOEs from spreading.

In addition, Suhardi also explained that the number of State Civil Servants who are exposed to radicalism in each ministry or state institution is different. However, he made sure that radicalism had spread to all fronts.

Radical groups have a pattern of influencing society, especially those who do not understand religion.

Usually they will start by looking for supporters and recruiting people who become members by using issues that can arouse Muslim emotions such as government tyranny, government injustice against Muslims, marginalization of Muslims, impoverishment of Muslims and oppression of Muslims.

Such issues are certainly very easy to attract the attention of people who do not understand religion so that they are easily influenced by their proposals.

Of course we should ask, how can someone who preaches Islam but kills his fellow man, hates other people only has different beliefs and does not accept the existence of others.

In fact, Islam teaches togetherness and mutual respect between fellow humans as was done by the Prophet Muhammad while in Medina.

Shaykh Dr Muhammad Adnan Al-Afyouni emphasized that the Prophet Muhammad never killed and always mingled with anyone, both Jews and Christians.

In fact, the Messenger of Allah has emphasized that they have rights to them. That is, we need each other and cannot be hostile to each other.

He questioned how they claim to be fighters of Islam, but their behavior is very far from Islam.

Islam strongly opposes teachings that invite hatred to anyone, especially those of the same faith. Islam teaches peaceful togetherness in building this earth, not destroying and hating one another.

Indonesia itself is a country that is very beautiful, advanced and the majority of the population is Muslim. Apart from that, the country is very open, democracy and progressive, as described by Islam. Islam already exists in this country so don’t let anyone damage Indonesia just because of its very exclusive religious desires and views.

Life in Indonesia today must be preserved and not to be undermined by irresponsible people. Muslims must defend the country and never be influenced by the propaganda of radical terrorism.

Regarding the philosophy and ideology of the Indonesian state, namely Pancasila, he considers that this ideology is already very Islamic and this system of values ​​is what Islam wants.

So don’t let anyone say that Pancasila is against Islam.

Previously , the General Chairperson of the Nahdlatul Ulama (PBNU) Executive Board Said Aqil Siraj shared his experience regarding the content of insulting lectures in several mosques. So, Said asked the National Police Chief, General Listyo Sigit Prabowo to follow up. This is because, if left unchecked, there will be a spread of radical understanding.

Life in Indonesia today must be maintained and not to be undermined by irresponsible people. Muslims must defend the country and never be affected by the propaganda of radical terrorism.

Regarding the philosophy and ideology of the Indonesian state, namely Pancasila, he considers that this ideology is already very Islamic and this system of values ​​is what Islam wants.

So don’t let anyone say that Pancasila is against Islam, because this is very wrong.

It is fitting for the government to discipline BUMN so that they are free from radicalism, if allowed to do so, sooner or later this understanding can spread to others .