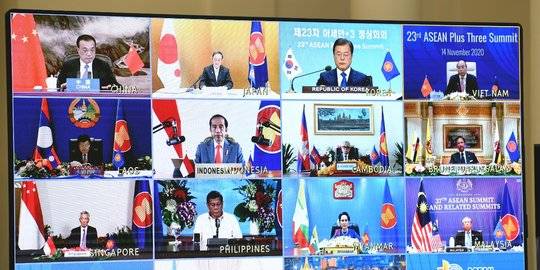 The ASEAN Summit will be held in Jakarta on 2 4 April 2021. This event is very crucial, because it invites leaders from all ASEAN regions, from Malaysia to the Philippines. The Indonesian people support this summit, because it will strengthen friendship between nations.

Even though it is still a pandemic, the 38th ASEAN Summit will be held in Indonesia. Of course, with very strict health protocols, so that this event runs smoothly. The summit will be held in person starting April 23, 2021, not via online like last year, because corona cases have started to decline.

Indonesia will try to host the perfect summit . because the success of this event will bring the name of our country to the international world. Because this event will be attended by all representatives from ASEAN countries. So it must be prepared as well as possible.

The public is asked to support the ASEAN Summit by enlivening it on social media. An event of this size is certainly very encouraging, because Indonesia is trusted to be the host and shows that this country can handle such a big event. The advantage of the host is that it can be more flexible in networking, so it will be profitable from a business point of view.

Don’t even hold demonstrations against the ASEAN Summit. First, there is no point in demonstrating, because even if someone protests, this event will continue. Because the Summit is very important for friendship between countries in ASEAN and shows solidarity between nations.

Protests during a pandemic will certainly be crowded because they are attended by many people. When gathered, the physical distancing health protocol will be violated by them. If only one of them becomes an OTG, then hundreds of other people will catch corona from scattered droplets . It would be terrible if this really happened.

Meanwhile, the third, the demonstration at the ASEAN Summit will certainly embarrass Indonesia’s name in the eyes of the world. Why is there a good event to network, instead of being protested? This shows that the demonstrators are narrow-minded and not far-sighted, because the summit has more benefits than disadvantages.

Indeed, at the ASEAN Summit there is a controversial figure planned to come, namely Myanmar military leader Min Aung Hlaing. He is in the spotlight for his orders to arrest Aung San Suu Kyii and lead the Myanmar coup. However, even though Min is welcome to come, it does not mean that Indonesia supports the Myanmar military junta.

Demonstrators need to think about this. Because this summit was planned not suddenly, but a year earlier. Those invited are the leaders of each country. Meanwhile, Min Aung Hlaing currently holds the number 1 position, so that he is the one who will come to Jakarta . Even though last year it was still held by Aung San Suu Kyii.

Instead of demonstrating and heating up while fasting (and potentially canceling because of thirst, we’d better promote the ASEAN Summit. Even though we are open to official ambassadors, every Indonesian citizen can become a fan of the event in cyberspace. This is done by displaying posters about the summit and displaying the event. share positive news about it.

Better to give up the intention to protest against the ASEAN Summit. First, the fasting month is a moment of peace, it is not very nice to have a demonstration. Second, the demo could lead to a new corona cluster. Meanwhile, the third, the Myanmar military leader came because he was invited as a representative, not because President Jokowi defended him.