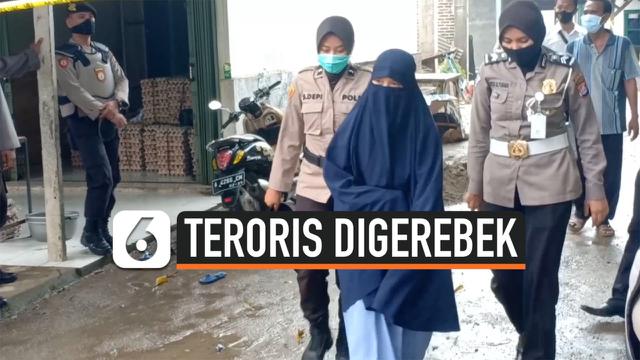 Prohibited mass organizations are suspected of having strong relations with terrorist groups. Special Detachment 88 investigated whether they were really involved in acts of terrorism. If so, then he could be subject to the article on terrorism and accept the consequences. Terrorism prevention is intensively carried out so that there will be no more bombings and violence in Indonesia.

The arrest of the suspected terrorist in Condet opened the eyes of the public, as evidence was found in the form of FPI’s attributes. Pa dahal he is banned organizations and of course its attributes banned in Indonesia. When he was caught, there was a suspicion that there had been strong ties between the banned mass organization and the terrorist group.

Kombes Yusri Yunus, Head of Public Relations of Polda Metro Jay a, stated that the correlation between banned mass organizations and terrorist groups is still being investigated by Densus 88. In that sense, Polri is certainly not reckless in accusing it, but it needs further investigation and investigation in this case.

When there is an investigation, witnesses and evidence must be found. They were interrogated if it was true that the terrorist group had good relations with the FPI. One of them is a terrorist suspect in East Java who was a member of the FPI. He was betrayed by ISIS which is a terrorist organization, and at that time saw Munarman’s appearance. Even though Munarman is a frontman of the FPI.

Other evidence is the 4 terrorism suspects in Makassar with the initials SAS, AS, RM, AN. They were caught and confessed that they were betrayed by an ISIS member in one of the residences of a member of the banned organization alias FPI. This was revealed by Kombes Pol Ahmad Ramadhan, Head of the Public Information Division of the Police Public Relations Division.

The allegation of the terrorism suspect was carried out by Abubakar Al Baghdadi, who was a leader of ISIS. Me confab is also planning a series of acts of terrorism, which fortunately canceled because already overdo arrested by the police. When they took the allegations at the place of FPI members, of course the suspicion that banned mass organizations became supporters of terrorism became increasingly apparent.

In addition, the freezing of FPI’s accounts is also proof that they are closely connected with terrorist groups. This is because one of the money senders who, after being investigated, is a foreigner who often supports acts of terrorism in various countries. These findings further show that the FPI is a terrorist organization.

The public also still remembers when Rizieq Shihab, who was once the FPI commander, made a speech that he and his mass organizations supported ISIS. This video has spread on social media and has gone viral. This old man can no longer escape, because he has been proven to support a terrorist organization and is considered dangerous in Indonesia.

Moreover, the FPI pattern is almost similar to that of a terrorist organization. There is one more video showing the training of this mass organization laskar, which was turned into a kind of armed unit . Why form a squad like this, if they want to be a normal mass organization? Is it planning a coup or training to be a terrorist? It’s really terrible.

When FPI is suspected of being a terrorist organization, it is only natural that the government will disband it . They are no longer active because this dissolution has a strong legal basis, namely the SKB 6 Heads of Institutions (ministers and officials at the same level). FPI is strictly prohibited in Indonesia and its attributes must also not be exposed to the public.

Terrorism is eradicated by the National Police, especially Densus 88. The aim is that there are no more unfortunate incidents such as bombings and shootings, some time ago. If there were no terrorists, people would live in safety and peace.

Investigations regarding the alleged relationship between the banned mass organization alias FPI and ISIS are still being carried out. Apart from arresting witnesses, evidence was also being collected. The goal is that there are no more former members of mass organizations supporting terrorism in Indonesia and destroying unity in this country.