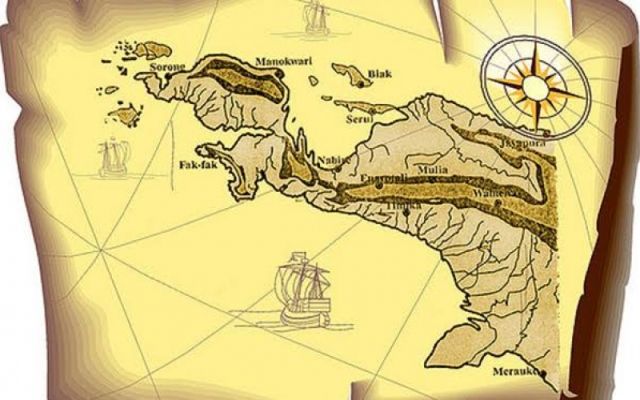 Community Supports the Integrity of the Republic of Indonesia in Papua

On the occasion of the dialogue, Rumah Nusantara again raised the theme of the Free Papua Separatist Movement, which was threatening the sovereignty of the Republic of Indonesia. The separatist movement, which is a common enemy of the Indonesian nation, was discussed at Best Western The Lagoon Hoten Manado.

The activity that raised the KKB / KKSB terror case study against fellow nations resulted in an agreement that in North Sulawesi there was indeed no separatist movement but the basis for this was based on the polarization of the separatist movement. This statement was confirmed by Risat Sanger as the Coordinator of the Nusantara House.

Risat said that if there is involvement of KKB / KKSB, it should not be protected. It is better to protect Papuan students who are suspected of being threatened by elements of the separatist movement to participate in demonstrations that lead to the disintegration of the Indonesian nation. One example is having to move quickly in responding to the needs of Papuan students.

On the same occasion, Deputy Coordinator for Rumah Nusantara, Arcelinocent Emile Pangemanan, explained that many people do not know that the UN resolution states that Indonesia has taken steps in a national development strategy. This is tantamount to the fact that the Indonesian government is considered capable of developing the Papua region.

Now, with the emergence of the threat of transnational crime, it seems that separatist groups such as the OPM have used them to smuggle weapons to them.

Responding to this, the government did not remain silent, but cooperated with a number of neighboring countries such as those in Southeast Asia in order to limit separatist movements.

He also said that, in order to achieve a golden Indonesia in 2045, it is necessary to improve the quality of education and the welfare of the community in order to completely eradicate radicalism. This is intended so that this understanding has no room in Indonesia.

On different occasions, Kapolda Papua, Inspector General Pol. Paulus Waterpauw has asked the Students of the Faculty of Social and Political Sciences, Cenderawasih University, Jayapura to be able to maintain the integrity of the Unitary State of the Republic of Indonesia.

Paulus reminded all students to be able to follow developments and situations due to conflicts between countries and big countries to slaughter each other and not to be influenced by hoax news that develops.

He conveyed to the students that education is something very big. Demand the highest possible knowledge up to China.

Paulus admitted that he also wanted to increase knowledge in the learning process so that he could manage strategic material.

He also invited students to remain grateful because they still have parents and should be proud because they can still study until they reach their high semester.

He said that his party strongly agreed that the gathering event to exchange information was encouraged so that the progress of Papuan children could be realized.

Moreover, with the exchange of information, of course it is hoped that healthy discussions will emerge in the hope that brilliant ideas that can be applied for the advancement of Papua will also emerge.

The maintained unity will certainly foster harmony in life and peace in society, if the unity is well maintained, it is not impossible that accelerated development will be realized for a better future for Indonesia.

In developing Papua, of course, a sense of unity and oneness is needed, not necessarily wanting to separate oneself just because of incitement from separatist groups.

) * The author is a Papuan student living in Manado

The Role of Millennials to Succeed Government Policies During the Pandemic