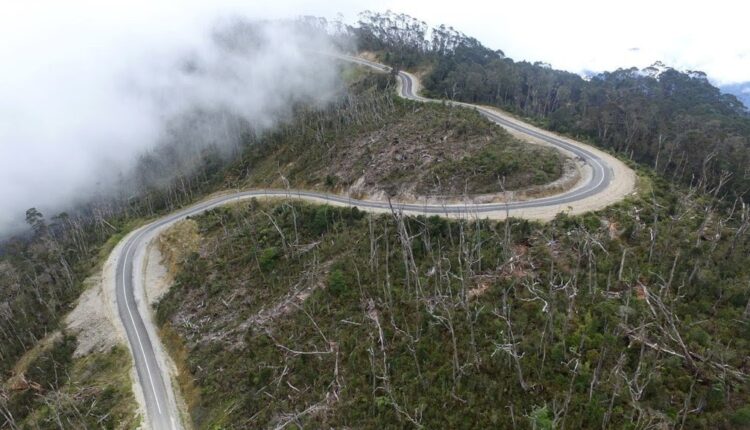 Counteracting the Separatist Movement by Increasing Development Prosperity of Papua

The Government of the Republic of Indonesia is very series us to k emajuan the people of Papua, many policies accelerated development of physical and prosperity in T anah Papua. However, in developing the Land of Papua , the government faced obstacles in the form of acts of terror carried out by the Papua Separatist and Terrorist Group (KST) .

Accelerating the development of Papuan welfare through government support for local economic products has also succeeded in improving the people’s economy and reducing poverty rates in Papua and West Papua. The poverty percentage of the Papuan people decreased from 30.05% in 2014 to 27.43% in 2018. Meanwhile, West Papua from 27.13% in 2014 to 22.55% in 2018.

In running the wheels of government, the government uses an “Indonesia Centric” approach. This approach wants to change the paradigm that infrastructure development is only centered on Java. National strategic projects are scattered in various regions, even to remote areas. The government, for example, beautifies the appearance of cross-border posts in Skouw, Papua, which borders Papua New Guinea. Arterial roads were also opened to facilitate community connectivity in Papua and West Papua . Physically, tens of pioneering airstrips, river docks, hundreds of bridges and thousands of kilometers of roads, and dams have been built to meet the water supply in eastern Indonesia.

In building prosperity in Papua, the Government is not without obstacles. Barriers most u all today is the acts of terror committed by g erakan s eparatis carried out by the Group of Criminal Forces (CLA), which has now been branded as separatists and terrorists groups (KST) . The movements carried out by KST have had a negative impact on the development of Papua.

Welfare and k emajuan is the goal u all p he Government in developing Papua . The seriousness p he Government did not play in establishing Papua, p eningkatan both physical and non-physical has occurred in different parts of Papua. Improving infrastructure, which is key k emajuan the economy of a region already done, thousands of kilometers of roads, docks. In this second term, President Jokowi will build dozens of airports and ports in Papua. The goal is very clear so that Papua’s transportation access will increase so that it will have an impact on improving the economy and welfare.

Of heinous actions taken by KST, it is proper law enforcement officials both military and police combat these groups , in order to accelerate development in Papua continued to r akyat Papua to prosperity and progress.

The seriousness of the Government of Papua development is also done m hrough program Special Autonomy (Autonomy) in Papua . Special Autonomy for Papua is a special authority recognized and given to the Papua Province, including the provinces resulting from the division of Papua Province. They are given the mandate to regulate and manage the interests of the local community according to their own initiatives based on the aspirations and basic rights of the Papuan people.

Referring to Law Number 21 of 2001, Otsus aims to improve the standard of living, prosperity and welfare of the community; realizing fairness in revenue from natural resources; upholding human rights and implementing good governance. Papua’s special autonomy will end in 2021.

The Regent of Teluk Bintuni, Papua, Petrus Kasihiw said, for the sake of development, the Papua Special Autonomy fund is still very much needed to encourage the acceleration of community development in the Papua region . Papua’s special autonomy is still badly needed and needs to be extended, because it is the best option.

The people of Papua and West Papua are compatriots and homeland who must get good service and are considered as subjects of development, not just objects. Papua must be more advanced and prosperous , because if it is progressive and prosperous, the people will not easily get caught up in the provocative movements that were heralded by KST Papua.