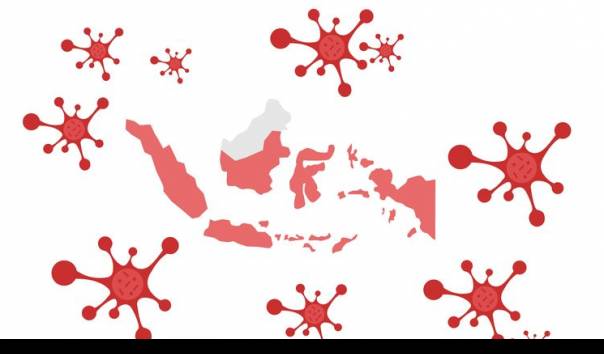 The Lebaran homecoming blockage will be extended until May 31, 2021. People are asked to obey and not fight the officers guarding the border, because of good intentions. This is more in order to avoid corona transmission because there is mass mobility, it is better to prevent the movement of citizens decisively.

After Eid, many people still insist on going home. Especially when the prohibition on returning to their hometowns only applies until May 17, 2021, they also want to have a delayed Eid leave and homecoming. However, they had to be patient again because the homecoming ban was extended. Not only until May 24, but also until May 31, 2021.

Inspector General Fadil Imran, Kapolda Metro Jaya, asked Bhabinkamtimbas throughout the ranks of the Police to the Police to actively record returning residents and newcomers to prevent the spread of corona. The lockdowns were indeed extended until May 31 and there have been no further orders to stop the blockages.

So that the authorities will continue to be vigilant, not only on toll roads and roads between cities / provinces, but also on the roads of mice. Everything that was done did not mean that the authorities were afraid of the residents, because the police were actually people’s friends. In fact, this strict guarding is for their health, so they don’t get corona or transmit the Covid-19 virus to their respective villages.

There are some parties who are disappointed because they canceled their homecoming, but are expected to be patient. Because remember that it is still a pandemic. Mass movements such as returning to their hometowns are prohibited because they can increase the number of corona patients. The proof is when before the last Eid, travelers who were reckless and caught had to be tested rapidly and the result was 4,000 people tested positive for corona.

Imagine if the homecoming ban was not extended, there could be thousands more corona patients who have to stay in the hospital. At this rate, when will the pandemic be over? Be patient and don’t blame the government’s decision, because they decide this rule for the safety of their people.

Inspector General Fadil Imran added that the ranks of the National Police were still wary of the spread of corona in the backflow period. The police were asked to go to the field to supervise the implementation of 3T in the community ( tracing, treatment, and testing ). When people are still desperate to go home before May 31, then a random rapid test will be held again , so that they are known to be covid reactive or not.

In addition, tracing must also be carried out to trace anyone who comes in contact with those who are positive for Covid and also treatment so that the virus is no longer contagious. Treatment  is the most confusing process when people don’t have a BPJS card, because the payments are up to hundreds of millions. This 3T process certainly takes a long time and the costs are very high.

Imagine how long the struggle of the covid apparatus and task force team, as well as medical personnel, if only 1 person gets corona. When there is an increase in mass patients because many are desperate to go home after Eid, then how dizzy they will be. Are we desperate to go home while the medical team is struggling at the hospital? We should hold back and empathize with them.

If the situation is safe, then it could be that next year the community may go home for Eid. Therefore, do not complain or get angry when there are officers on guard at the border. If they syringe and tell them to turn around, just obey. For our safety together.

Corona prevention is more important and delayed homecoming can be at any time, later after the pandemic is over. In fact, when people are still desperate to return home after Eid, the number of corona patients will increase and the pandemic situation will be prolonged. We don’t want to continue suffering like this, do we?