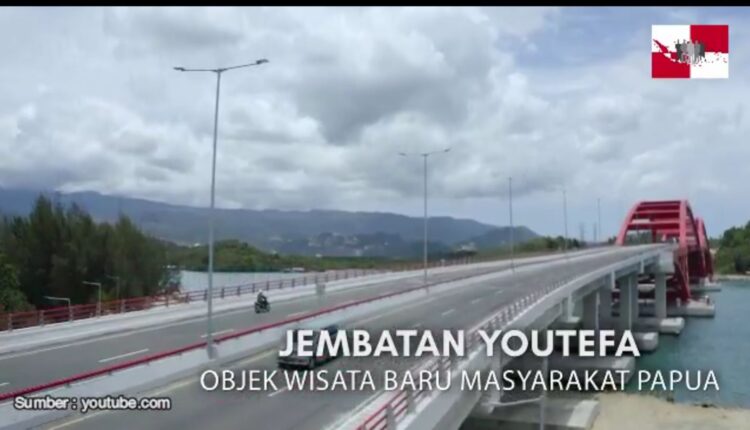 Cidiss.co, Jakarta- Making Papua as one of the areas that is being boosted by infrastructure development is the awareness of the government under the leadership of President Joko Widodo (Jokowi), about the potential of the region that has not been touched much in the era of the previous president’s leadership. The government’s commitment to physical development is very pronounced, so that it can accelerate human empowerment in remote and frontier areas throughout Indonesia. Youth Care for the Nation Chairman Iwan Kartiwa, appreciated President Joko Widodo’s performance in improving infrastructure development in Papua.

According to him, Papua is Indonesia’s paradise, an island that is created with a myriad of potentials, both natural wealth, beautiful tourist attractions, and cultural traditions that hold many uniqueness. Iwan further said that the presence of the Trans Papua road is of high economic value because it can reduce the time for distribution of goods, thus, according to him, making the prices of basic commodities more affordable. “So far, the prices of basic necessities in Papua are relatively expensive because they have to be transported by air. With the Trans Papua road, it will automatically reduce logistics costs, so that the prices of goods can also go down, “he said.

He explained that as a concrete step to support the government’s efforts to increase infrastructure development in Papua, his party would make an educational video.

“We plan to make educational videos that socialize infrastructure development in Papua,” he explained. The purpose of making educational videos itself, said Iwan, is to provide an understanding of the importance and benefits of building infrastructure in Papua. “The video will be broadcast on the Channel. DNCommunity.ID on April 20, 2021, “he said.

Young Generation Needs To Be Active Against Radicalism