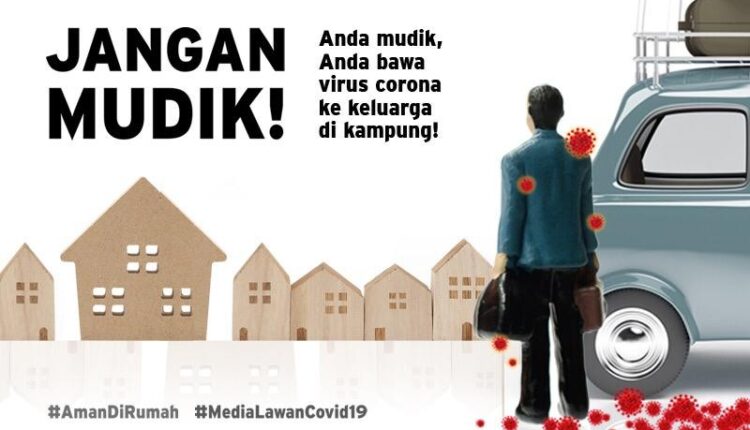 Homecoming in 2021 is prohibited from returning and we are asked to remain patient. Because this prohibition is for mutual safety. Instead of a spike in corona cases in Indonesia, it is better to prohibit homecoming . The community is asked to be cooperative and obey the rules of the government.

Ramadan is always accompanied by Eid, and usually in the fourth week of the fasting month, toll roads are full of people returning to their hometowns. However, the government decided to ban homecoming from May 6 to 17, 2021. This rule applies not only to members of the TNI, Polri, and civil servants, but also to all Indonesian people.

In fact, we are all in shock because the government strictly prohibits Eid homecoming in 2021. This is because last year all Indonesian citizens were also prohibited from returning to their hometowns. When the ban occurs again, of course there will be turmoil in the community. But those who understand the causes of this ban will be happy and try to be happy even though it’s Eid at home .

President Jokowi stated that the government had prohibited the Eid homecoming to prevent the spread of corona. This is reflected in past experience, during four long weekends , the number of Covid patients jumped drastically. Namely after Eid Al- Fitr 2020 and long holidays in August, late October-early November, and year-end holidays.

The explanation from the president was a great relief to the people. Because they were told the reason for the ban on going home. The government is not acting recklessly by prohibiting the existing traditions in society, but rather making these rules for the sake of mutual safety. This means that the president really thinks about the safety and health of his people.

Just imagine if the community was not prohibited from going home then the second wave of corona attacks occurred. Of course it will be more troublesome because the pandemic will not end soon. Remember that mass mobility will spread the Covid-19 virus, especially if you live in a red zone. Will have the potential to transmit corona to other areas.

If it is a parent or other relative in the village who catches it, that would be very sad. Especially if they have a congenital disease, it will be more difficult to recover. Moreover, when there are comorbidities, corona patients will be at higher risk and may lose their lives. You don’t want your old man to end up like this, do you?

Even if you don’t transmit it, then you also have the potential to become an OTG after returning home. When you are tired of driving for hours plus lack of sleep because you are busy traveling, the covid-19 virus will easily lurk. Because the condition of the body is dropping so it is easy to catch the corona.

Isn’t prevention better than cure? The ban on going home is one of the efforts to prevent the transmission of corona. So what takes precedence is the public health factor. We are expected to understand and cancel the homecoming ticket, rather than later getting corona and instead using up a lot of money for treatment (because we don’t have a BPJS).

Never mind, it’s better for Eid at home than to go home before May 6 or after May 17. In addition, the authorities are more strict on guarding roads and toll roads, so all travelers who keep passing will be driven away and ordered to return to their respective homes. Instead of turning the cat and spending gasoline, it’s better to stay at home .

Sincerely say that this year we cannot return to our hometowns. Parents must also understand the reason, because they have followed the government’s recommendation. When you miss a whack, it’s better to call or video call . Hopefully the pandemic i will pass soon so that next year we can go home together.