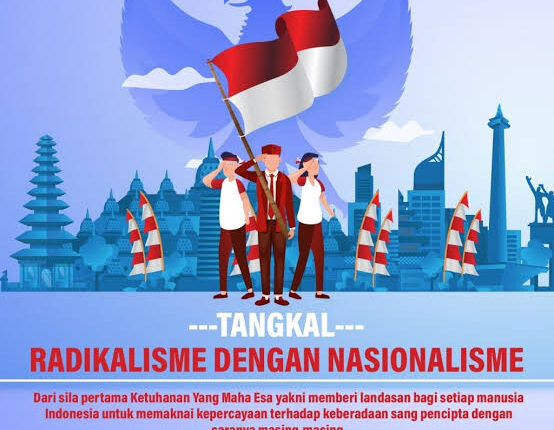 Young Generation Needs To Be Active Against Radicalism

Young people need to be motivated again to participate actively in counteracting radicalism. The goal is that there are no more runny ABGs trapped by the seduction of the radicals. Do not let terrorism spread to young people and ruin their future and destroy their beloved Indonesia.

Recently, radicalism and terrorism have become the topic of discussion. The reason for this was that there was a bombing in Makassar and a shooting at the Police Headquarters, which were nearby . It is very sad when the perpetrator is found to be young (25 years old). This means that terrorism and radicalism have penetrated the world of youth.

Antonius Benny Susetyo, Special Staff to the Head of the Advisory Board for the Pancasila Ideology Development Agency (BPIP), stated that the government must fully embrace young people against radical ideology and actions. If all the younger generations are able to understand and have the values ​​of the spirit of unity and diversity, then terrorist groups cannot move freely.

In that sense, in order to prevent the bomb bride or the perpetrator of radicalism who is a young person, it is friends who are the same age who should give the understanding that terrorism is dangerous. They can remind each other not to let anyone fall into the terrorist network and be brainwashed. Then act recklessly by attacking other people who are considered enemies.

Why should fellow youths warn about the dangers of terrorism and radicalism? Because if they communicate with their peers, they are more willing to understand and open up. It is different if the one advising is parents or elders. Usually millennial children will cover their ears or run away, because they think they are being patronized.

Benny continued, young people are the chain breakers in fighting against radicalism and terrorism. Because if it is not supported by young people, they will not walk. In that sense, terrorists need young people to become new cadres to carry out missions, because they are physically strong and have high morale. But when many young people reject radicalism, they will be suffocated .

Moreover, currently terrorists are using cyberspace to find new prey. Youths who are more tech-savvy are expected to warn other netizens of the dangers of seducing terrorists. They are campaigning for anti-radicalism and terrorism on social media, so that more people will understand the dangers.

Youths can also act progressively by reporting suspicious social media accounts that are supposedly created by terrorist groups. In addition to reporting to the social media manager, they can also directly contact the cyber police for follow-up. So that terrorists are not free to move in cyberspace.

Apart from that, other young people also have to be vigilant if there is an offer for a free group that offers the appendix of knowledge so that it is easy to enter heaven, the spirit of jihad, neagra khilafiyah, etc. Because this is what terrorist groups offer the most. As a cover for their program in finding new cadres.

The government has also created a Peace Ambassador program which is held in several regions in Indonesia. The peace ambassadors will campaign for a peaceful Indonesia without radicalism and reject the spread of terrorism. So that the public will see what are the dangers of understanding terrorism in this country.

Prevention like this must indeed be done, so that no one will be subject to the seduction of terrorists and end up dying in vain while becoming a bridal bomb. Do not let the younger generation damage their brains because they understand radicalism. Because they are young people, the hope of the nation and the foundations for a glorious future.

To ward off radicalism, young people need to be proactive in spreading the dangers of terrorism. They can campaign on social media and show what horrors the terrorist groups are creating. So that other young people will think about it when persuaded by radicals.

Special Autonomy Strategy for the Prosperity of the Papuan People