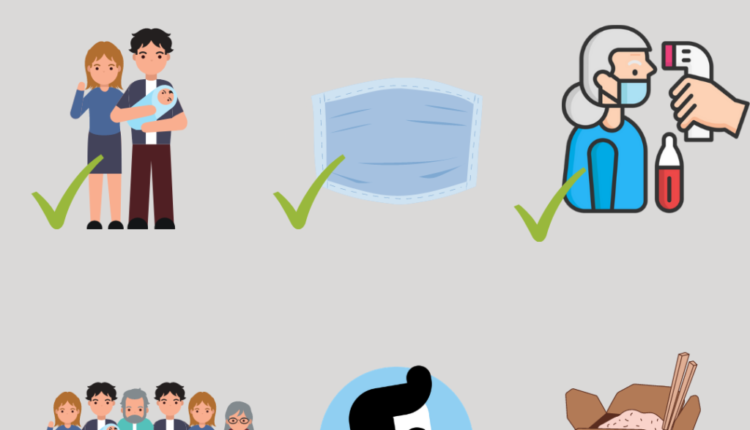 The Corona virus has apparently mutated, this is confirmed by the Ministry of Health (Kemenkes), which reported finding mutations of the SARS-Cov-2 virus variant E484K aka Eek in Indonesia. With this, of course the Health Protocol must continue to be applied.

Until now, the Corona Virus continues to mutate. It should be noted, the new variant was found after going through the Whole Genome Sequence (WGS) examination in February 2021.

The Eijkman Institute for Molecular Biology (LBM) admitted that he was worried that the mutation of the Eek corona virus would have an impact on decreasing the efficacy, aka the efficacy of the Corona virus vaccine currently used.

Eijkman said the mutation occurred in the spike protein or what is often called the S1 protein. This results in a stronger receptor binding on human cells, which has implications for the rapidity and the large number of infections.

Head of LBM Eijkam Amin Soebandrio said that the Eek corona variant was reported to have the potential to spread faster.

The Health Ministry’s Director of Direct Contagious Disease Prevention and Control (P2PML) Siti Nadia Tarmizi suspected that the Eek variant had the potential to cause more massive transmission. Moreover, at this time there are three variants of the corona virus spread in Indonesia.

Meanwhile, Indonesian President Joko Widodo also asked the public not to worry about finding a new variant of the Corona mutation case in Indonesia. Moreover, 2 cases that were found had tested negative.

He also mentioned that currently there are no studies that show the B117 mutation is more deadly.

The former Mayor of Surakarta also requested that the public adhere to health protocols in line with the accelerated implementation of vaccinations.

Previously, the health protocol covered 3M, (Wearing Masks, Keeping Distance and Washing Hands). Now the protocol has increased to 5M where the fourth is Away from Crowds and the fifth is Reducing Mobility.

Deputy Director of General Affairs and Finance of RSUD KRMT Wongsonegoro (RSWN) Semarang, Dr. Eko Krisnarto, Sp.KK said, it is no longer 3M, suppressing the spread of the Corona virus requires the application of the 5M health protocol. It needs public awareness considering that on the streets sometimes many do not comply with health protocols.

Previously we knew that the effectiveness of using masks to prevent transmission was also proven in clinical trials by British market research company Yougov, a team from the Miyazawa Clinic in Hyogo and the University of Houston-Victoria have collected data through computer models to find out how various factors affect the death rate from COVID-19. -19 in different countries. As a result, the use of face masks is the most significant way to reduce the risk of death from Covid-19.

On a different occasion, a Clinical Microbiology Specialist from the Department of Microbiology, FK Gadjah Mada University (UGM), Dr. R Ludhang Pradipta R., M. Biotech, SpMK, said there was a possibility of being infected with the corona virus before or after vaccination.

According to him, this is because vaccines take time and do not have enough time to provide maximum protection for the body.

Ludhang also reminded that vaccines are not drugs whose effects can be felt after two hours of injection.

He also said that in carrying out these instructions, he had to make regular reports regarding the progress of the socialization movement for implementing the health protocol (5M) to the Emergency Response Team to Prevent the Spread of Covid-19, the Ministry of Religion of the Republic of Indonesia. They are also required to report by attaching a photo or video via the page report5m.kemenag.go.id.

Coronaviruses may mutate, but adherence to health protocols is a fixed price. There is no bargaining on health protocols, while the Covid-19 pandemic is still taking many victims.