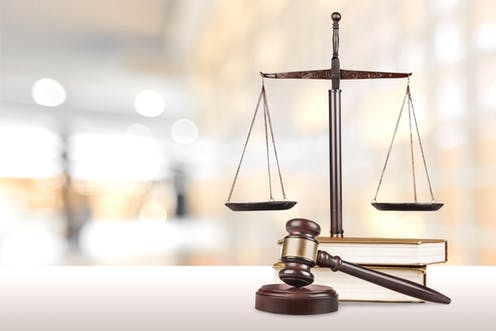 A survey conducted by Saiful Mujani Research and Consulting (SMRC) found 60 Muslim respondents said they did not believe in the issue of criminalizing ulama. Although, there are many who still believe in this issue.

This question was raised to respondents regarding a number of incidents against mass organizations that had been declared prohibited, such as the Islamic Defenders Front (FPI).

SMRC researcher Saidiman Ahmad, through his live broadcast on the SMRC TV Youtube channel, stated that there is a growing opinion that the government is criminalizing ulama. Against this opinion 60 percent of Muslims disagree. But quite a lot of people agree, there are 27 percent.

Saidiman said the survey found 60 percent of respondents did not believe and strongly believed that the government often turned ulama into people who had violated the law.

The survey also found that 32 percent of Muslim respondents believed and strongly believed that the wishes of Muslims were often silenced by the government.

In addition, the survey also asked Muslim respondents for their opinion that the propagation of Islam is often limited by the government.

In general, Muslims feel they have freedom for their religious activities, but quite a few do not feel that way.

It is known that the phrase “criminalization of ulama” became a trend ahead of the 2019 Presidential Election. At that time, a number of opposition parties, which were filled with religious activists, underwent legal proceedings related to a number of cases.

Among other things, this was pointed out by senior politician Amien Rais when talking about the pornographic conversation case that ensnared Rizieq in 2017, and politician Gerindra Fadli Zon in the case of persecution committed by preacher Bahar Smith.

Not to forget, former presidential candidate number 02 Prabowo Subianto, who is now the Minister of Defense, once raised the issue of criminalizing ulama related to the legal process of the alleged money laundering case against the Chairman of the National Movement for Fatwa Guards of the Indonesian Ulema Council (GNPF MUI) Bachtiar Nasir, in 2019.

This survey itself was conducted on 1,064 respondents with face-to-face interviews conducted from February 28 to March 8, 2021 with a margin of error of approximately 3.07 percent and a confidence level of 95%.

Previously, the Coordinating Minister for Political, Legal and Security Affairs Mahfud MD assessed that the issue of criminalization of ulama that often appears recently is an issue that is very misleading to the public.

In fact, he emphasized that the issue was unfounded, because in fact not a single ulama had experienced criminalization attempts by the government.

For example Abu Bakar Ba’asyir, where he was not the target of criminalization, but it has been proven that Abu Bakr has committed terror and formed a terrorist organization.

In addition, there is also Rizieq Shihab who once felt the coldness of the iron bars during the era of President Susilo Bambang Yudhoyono’s administration. Because he was the person most responsible for the attack by the FPI masses of the National Alliance for Freedom of Religion and Belief (AKKBK).

For this incident, Rizieq Shihab was named a suspect and detained on June 1, 2008. In his case, Rizieq was sentenced to 1 year 6 months and had to be in a cell.

We all have to understand that Indonesia was also founded by ulama, so the issue of criminalizing ulama is of course like a political narrative to discredit the government.