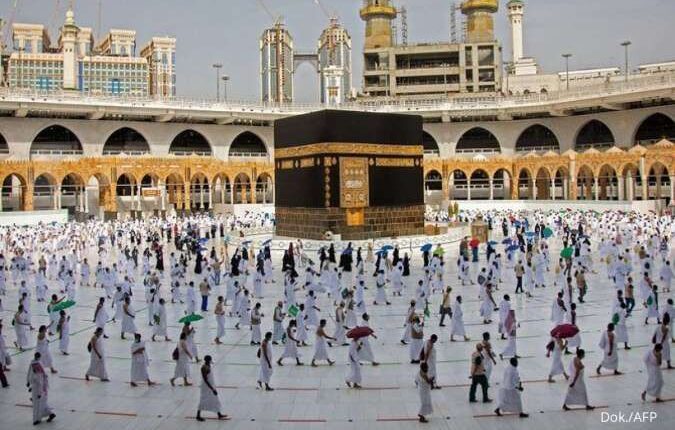 Many Parties Appreciate the Cancellation of Hajj 2021

When prospective pilgrims from Indonesia did not leave because the government canceled them, there were various reactions in the community. However, this decision was praised by many parties. Starting from the ulema to the Arab Ambassador, all of them support the government’s steps, because they prioritize the safety and health of the congregation from the threat of the Covid-19 pandemic.

Hajj is something that is aspired by all Muslims in the world, including in the world. No wonder they are willing to save for years, because the cost is quite high, in order to be able to worship in Saudi Arabia. Because the pilgrimage is one of the pillars of Islam, so it is obligatory, if they are financially capable.

However, prospective hajj pilgrims must be patient because they canceled their departure in 2021. The government decided this with a heavy heart, because last year there was also a cancellation of CJH’s departure. The reason is still the same, because currently there is still a pandemic situation so it is very dangerous to travel abroad.

The government’s decision to cancel the departure of prospective pilgrims certainly made some of them disappointed because they did not see the Kaaba from close range. However, they are asked to continue to be humble, because the health of the touch is prioritized. So, God willing, next year we can go and worship solemnly in Mecca and Medina.

Unexpectedly, many parties support the Indonesian government’s decision to cancel the departure of prospective pilgrims. KH Abdul Muqsith Gazali, Deputy Chairman of the Bhatsul Masail Institute PBNU stated that the congregation must understand that the COVID-19 virus is very dangerous for the body and soul. So they must accept this fact.

Mustolih Siradj, Chairman of the National Hajj and Umrah Commission, stated that canceling the hajj in the midst of the COVID-19 pandemic was the right and wise step. The reason is because this is done for the health and safety of the prospective pilgrims. In a sense, the government puts the souls of its people first, and prohibits departures because the pandemic is still dangerous. Moreover, the corona virus is increasingly mutating and the victims are increasing.

Support was also present from the Ambassador of Saudi Arabia to Indonesia, Esam Abid Altaghafi. He respects the steps taken by the Indonesian government to cancel the departure of prospective pilgrims in 2021. He also prays that the implementation of the pilgrimage in the future will be even better. This is for the convenience of CJH, moreover, pilgrims from Indonesia can reach 200,000 people per year, so if the service is improved, it will make you feel at home.

The overwhelming support for the Indonesian government makes our eyes open, that the decision to cancel CJH’s departure is very appropriate. This decision was taken carefully, without any emotional or political elements. Actually it’s a bit of a dilemma, because going for Hajj is obligatory for those who are financially capable.

However, keep in mind that during the pilgrimage requires high stamina, because for 40 days it is full of prayers, prayers, sai, and other tiring rituals. So it is feared that when they are desperate to leave, they will even get sick while in Arabia. Even though when immunity drops, it is feared that it will be easy to contract the corona virus. Especially during tawaf and other worship, there may be a crowd that does not comply with health protocols.

We must support the government’s decision to cancel CJH’s departure, because it is for the health and safety of all. In addition to preventing them from corona, it also prevents the spread of the covid-19 virus, both from Indonesia to abroad and vice versa.

The cancellation of the departure of the CJHs to the holy land was not an accident, because this was a complicated and dangerous situation. If many go to Mecca, it is feared that they will be easily exposed to the corona, especially there it is very hot so that the pilgrims get sick easily. Instead of being infected with the covid-19 virus and losing their lives, it is better to prevent departure and postpone next year.

)* The author is a citizen living in Pekanbaru

Health Protocols Protect Citizens from the New Variant of Covid-19