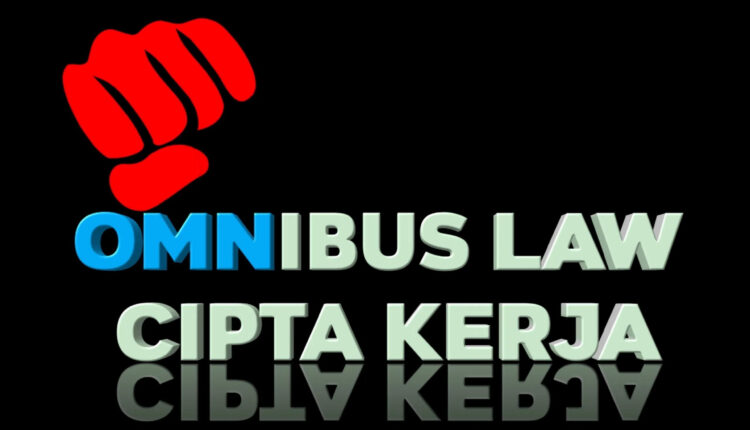 The government is working hard so that the Indonesian economy does not suffer during the pandemic. Even though the world is hit by a global crisis, we still have to survive. The trick is to implement the Job Creation Law and its derivative regulations in the field, because this Law reforms the bureaucracy and makes it easier for people’s businesses.

The pandemic has been going on for a long time, and people are starting to gasp for air. There are employees who have lost their jobs. There are also entrepreneurs who lose customers because they choose to buy basic necessities rather than other necessities. If it continues like this it is dangerous, because the circulation of money is slow.

The government made the Job Creation Law and its derivative regulations as a powerful solution, so that we do not experience a financial crisis during a pandemic. This law, which is called sapujagat , regulates various things to be in line with President Jokowi’s ideals, namely bureaucratic reform. Because if there is a positive change in the country, what is fixed is the regulations .

Jeanne Butar Butar , an employee at the Cabinet Secretary of the Republic of Indonesia, stated that the Job Creation Law was the government’s effort to encourage economic activity. So as to encourage the national economy. In that sense, the government is striving hard so that the country’s financial condition does not deteriorate, by enacting the Job Creation Law and its derivative regulations.

So far, we have always complained about the rigid and convoluted bureaucratic problems. However, with the Work Creation Law for the ease of doing business cluster, there are licenses that have a wide- ranging path . Entrepreneurs no longer have to wait long to get business legality, but only 7 working days to get it. This permit can also be processed online .

By arranging permits via online , entrepreneurs will save time, because it is very practical and is done quickly. Provided that the conditions are met, for example, scans of KTP, KK, and other documents. Moreover , risk -based licensing , so that MSME entrepreneurs who are categorized as low risk , get legality quickly.

With a business license in hand, entrepreneurs will be more confident in running their business. When the business is official, he can look for investors to work together. So that they will get an injection of capital from investors. The business can run smoothly again because there is additional money to produce goods.

When there is production, there is marketing, so that it will benefit again. His shop, which closed at the start of the pandemic, will rise again. Entrepreneurs will try to race to increase their turnover, so that the trust of investors will increase. So that they will both benefit.

In addition, if the business is to develop, it will need new employees. So that they can pay people and reduce the number of unemployed in Indonesia. Because during the pandemic, there were more and more unemployed people who were worried because they were sent home and never got a job. If entrepreneurs succeed, there will be new hope for them, so that the kitchen will keep steaming.

Why should MSME entrepreneurs be assisted by the government through the Job Creation Law? In fact, the majority of business people in Indonesia are small and medium scale. It can even be called the backbone of the economy in this country are MSME entrepreneurs. If their efforts are allowed to languish, it will be very dangerous. Because the economy can stagnate, even stop.

If the Job Creation Law and its derivative regulations are enforced in the field, then employers will be increasingly trengginas and fly in their own country. The market will be more crowded and the circulation of money will be faster. We can survive the threat of economic crisis volume 2, because people’s purchasing power is still high.

The Job Creation Law is like a drug that is a powerful solution to ending state financial problems during a pandemic. Because this law encourages entrepreneurs, especially MSMEs, to keep going. By making licensing easier, their business will be more advanced and the circulation of money in Indonesia will be faster.