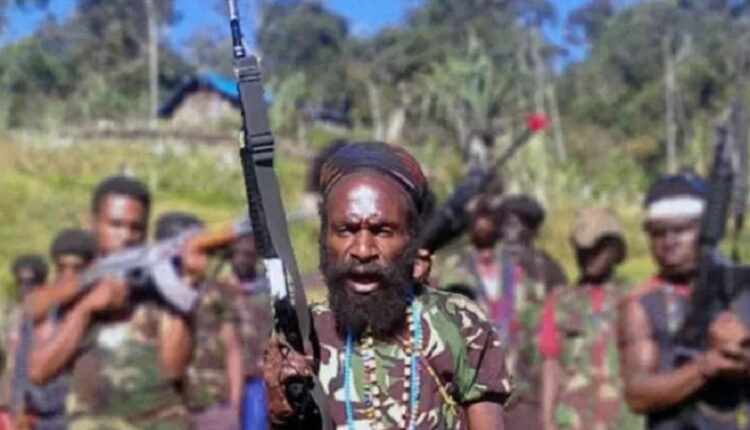 Labeling is seen as not a form of central approach with Papua. Because the labeling was carried out close together when the internet in Papua was down and the dispatch of an additional 400 troops. Highlighting internet freedom, Papuan people do not believe that the downed Papua internet incident was an accidental incident. Although there were efforts to suppress the Coordinating Minister for Political, Legal and Security Affairs and the DPR meeting, which emphasized that terrorists were KKB, this diction did not emphasize the Papuan people as terrorists. However, this effort is considered useless, because there has been labeling by the media that uses the word terrorist a lot without emphasizing it is only aimed at KKB.

This was stated by Veronika Koman, who is also an Advocate and Human Rights Activist, adding that all Papuans will feel labeled as terrorists, which reflects the central government’s approach to the Papua region is unclear, does not want peace. The escalation in the peak district was also like declaring war. Since 27 April 2021, there have been 600 residents in the capital city of Ilaga displaced, and another 7700 residents in the forests due to the escalation of armed conflict. In Uncak district there was a priest who was shot dead, after the death of the priest, the internet went down in that area which is said to have occurred due to damage to the optical cable, so this is considered a cover for human rights violations in Papua, so the question arises whether this is the same as the Kashmir incident.

“The United Nations also questioned the number of refugees from the Indonesian government. It was also difficult to verify the data due to the internet being down, plus people who fled to mountainous areas, making it increasingly difficult to register refugees. So that the government’s seriousness and concern for the Papuan people are questioned. In fact, there are 110 Papuan grassroots who are said to have collected a sign for the rejection of Otsus. Responding to the rejection of the DPR RI, which considers the MRP as a supporter of separatists, which is a failed program, while the MRP is part of special autonomy, in other words, special autonomy is a failure. So that by continuing this Otsus volume II, the upheaval in Papua will increase because Papuan voices feel forced,” said Veronica Koman, who had received an ILDP scholarship from the Indonesian Government for schools in Australia.

Meanwhile, Andreas Harsono from Human Rights Watch assessed that internationally, Papua is part of the Unitary State of the Republic of Indonesia. Even though there were accusations of manipulation at the UN session which determined Papua as part of the Unitary Republic of Indonesia. According to LIPI, there are 4 main problems in Papua, namely discrimination and marginalization of the Papuan people, which leads to the destruction of Papua’s nature, second, Papua’s basic rights are not fulfilled, such as education and public services, third, manipulation of the Act of Free Choice in 1969, and fourth violations Uninvestigated human rights, particularly the massacres in 1977 and 1998.

“In an effort to make a peaceful approach with the Papuan people, President Jokowi in May 2015 promised to release Political Prisoners, in 2017, 100 political prisoners have been released, as a form of improvement. In 1967 international journalists were allowed to enter Papua (except during the Soeharto era), but they were limited because they could not face the obstacles that exist in Papua, due to the threat of intimidation by the Papuan people to journalists because of the level of crime in Papua. The UN high commissioner has also been invited to Papua in 2018, but is still in the status of still not honored or not yet in response. Looking back on the case of the killing of 17 construction workers in Nduga by KKB in December 2018, the government did not respond by looking for the perpetrators but instead stepped up security operations. The racism protests in Surabaya in 2017 also escalated and until now it has not been investigated who was the perpetrator of the arson, attacks and murders. If this continues, Indonesia will become a failed state that does not enforce the law. In response to the death of the Papuan Kabinda and the escalation of the militants, tens of thousands of Papuans have been displaced and forced to flee,” said the activist who had worked at Radio Hilversum in the Netherlands.

According to the author, there is no longer any doubt about the labeling of terrorists to the OPM, because the labels imposed are 18 terrorist and separatist groups such as the Legakak Talenggen group and their friends, not the Papuan people as a whole.

According to the author, the lack of public understanding of the difficulty of equating the wishes of the Papuan people, which consists of different factions, also causes the image of the Indonesian government to appear indifferent to Papua. Mobilization constraints are also a problem in terms of access development in Papua.

Therefore, according to the author, the Coordinating Ministry for Political, Legal and Security Affairs must reaffirm that only KKB are terrorists, and do not label all Indonesians. In addition, the Ministry of Communication and Information must support by increasing information related to the government’s efforts to approach peacefully by opening dialogues with tribal chiefs in Papua as well as President Jokowi’s efforts to have a direct peaceful approach with the Papuan people.

*The author is a resident of Pidie Jaya, Aceh.