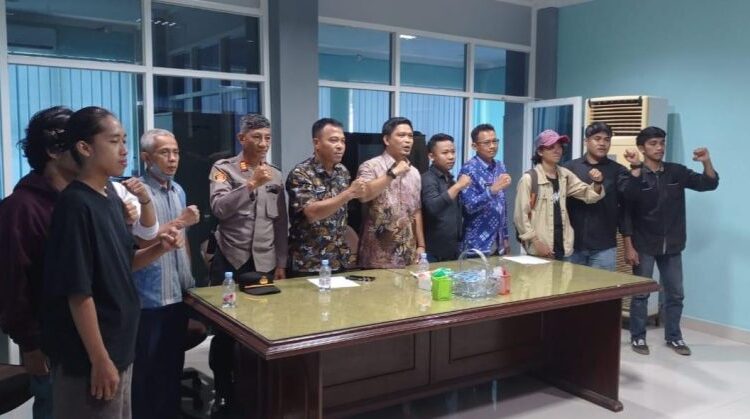 North Morowali – Head of the Indonesian Islamic Student Movement (PMII) Branch of Poso Regency Nur Anisa Lanjaji, explained the importance of outside investment to create jobs. He considered that the existence of investment in an area could provide a domino effect of improving the community’s economy.

“Amid the threat of a global recession, the presence of investment is very helpful for the country to keep the economy moving. Therefore, a conducive investment climate needs to be maintained so that the economy can continue to grow positively,” said Nur Anisa Monday (23/1)

On the same occasion, he explained that conflicts of interest in an industry based on foreign investment are difficult to avoid. Therefore, the Chairperson of the Poso District PMII appealed to all parties to build an understanding for mutual progress.

“The incident that occurred at PT GNI should be used as a lesson so that similar incidents do not happen again,” he said.

Nur Anisa said that the current situation at PT GNI was conducive and employees were working normally. Not to forget, he invited all parties to participate in maintaining the security and integrity of the Indonesian state.

Meanwhile, Chairman of the Wita Mori Taruna Seprianus Nggaluku Gonti said that PT GNI is a great asset for the people of North Morowali. He considered the mining company to provide many benefits.

The man who also serves as Secretary of the North Morowali Wulanderi Traditional Institute also did not forget to thank the security forces who had worked hard to maintain security.

“Thank you to the Government of North Morowali, TNI/Polri for taking care of it, so we can work again. Now PT GNI’s situation is back conducive,” he said.

In the future, the chairman of Taruna Wita Mori also plans to gather village heads in North Morowali to jointly support the creation of a conducive investment climate.