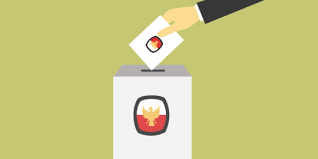 In order to succeed in the 2024 elections, the commitment of various parties is needed because of the Commission Election General Affairs ( KPU ) and Bawaslu (Election Supervisory Body) cannot work alone. It needs support from the community, ministries and security forces so that the elections run smoothly and peacefully. If the election goes smoothly, it will be profitable because there are no fraudulent dramas or even heartbreaking tragedies that accompany the 2024 election procession.

Apart from the public, the mass media also contributes to realizing the 2024 peaceful elections. This is because they spread the news to the public. The news displayed must be real and contain education and peace. Don’t even create print or online media that spread hoaxes because it will damage the election.

The Cirebon City Election Supervisory Body invites the mass media to realize peaceful general elections in 2024. Cirebon City Bawaslu Commissioner, Supriyan , said that as one of the pillars of democracy, the role of the mass media is needed in elections. His party invited all the mass media in Shrimp City to jointly supervise all stages of the 2024 Election.

Supriyan continued, the ranks of election supervisors at the sub-district to sub-district levels in Cirebon City were very limited, so the mass media’s participation was needed. Admittedly, allegations of election violations are usually obtained from mass media reports.

This is because the available human resources at the Cirebon City Bawaslu are also not sufficient to cover the 2024 elections in all regions. The media should not spread hoaxes but peace during elections.

In a sense, the success of the election began with the escort of the mass media covering the voting and vote counting to remote villages. From this coverage, many facts on the ground were revealed. Starting from violations in the form of ballot bubbles, forcing the election of legislative candidates, to the dawn attack alias giving bribes before the election begins.

The mass media must contribute to realizing peaceful elections. The reason is that they are the public mouthpiece so that the problems that exist in the middle of the field can be exposed. When there are journalists, those who commit fraud will be afraid because they will be found out and reported to the authorities.

Conversely, if the mass media spreads hoaxes then peaceful elections will not materialize. Do not for the sake of increasing the number of readers even write news that does not match the facts, or exaggerated titles. News that click – bait is a form of deception and makes people miserable, because they can be skeptical about elections.

Currently, there is an ITE Law, so the mass media must be careful. They must work with a clear conscience and maintain peace during elections. Don’t even spread hoaxes and you will be reported as the guilty party, for causing riots in cyberspace during the election. Don’t write news carelessly because it can be subject to articles in the ITE Law.

mass media plays an important role in the success of elections. The reason is because people must be enthusiastic and participatory in the 2024 elections. Don’t be ignorant and abstain from voting (white group) alias not exercising their rights in choosing presidential and legislative candidates because of the actions of the mass media. They spread negative news about the election and legislative candidates, so that people are skeptical about elections in Indonesia.

In a sense, society can play a major role in creating peaceful elections. Elections are an event to choose leaders and candidates for new legislation. Do not make it a place of war or fierce hostilities because you are too supportive of a particular political party or presidential candidate.

If you reflect on the 2014 and 2019 elections, hostilities took place in cyberspace and the situation was so hot that there were bad nicknames from each of the presidential candidate supporting camps at that time. Don’t let this happen again because people should be adults and leave hostilities. Elections must be fair (honest and fair) and uphold peace in Indonesia.

The mass media has an important contribution in realizing peaceful elections in 2024. The news that is displayed must be honest and in accordance with the facts. Don’t even spread hoaxes and propaganda because it will heat up the election and disrupt the social situation in society.

)* Writer is Angkasa Media One Contributor