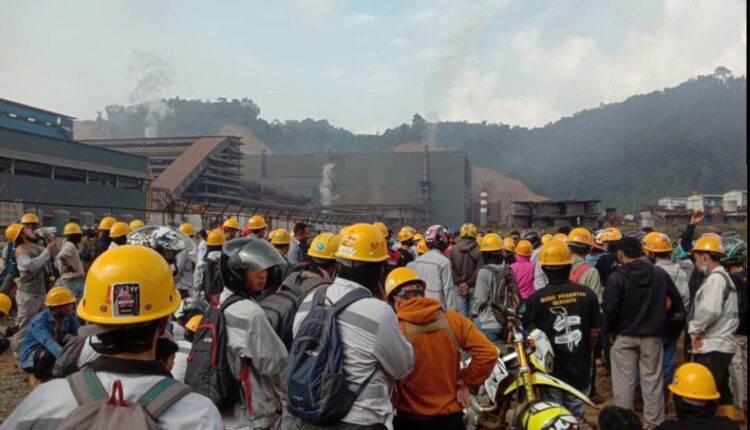 Gunbuster PT Nickel Industri or PT GNI came under the spotlight after its employees clashed and caused two deaths in North Morowali, Central Sulawesi on January 14 2023.

However, PT Gunbuster Nickel Industry (GNI) stated that conditions at the company were conducive. The workers, both foreign workers and local workers, have entered and are active as usual.

“After the riots that occurred in the Industrial Area, PT Gunbuster Nickel Industry (GNI) has resumed operations and employees are able to carry out normal activities,” PT GNI’s management wrote on its official Instagram account, Wednesday (18/1/2023).

“The situation in the PT. GNI area is conducive,” he said.

Didik also said that security would continue to be carried out until all the problems were resolved. Didik stated that a force of 709 joint TNI/Polri personnel carried out security in the nickel mining industrial area.

“The joint apparatus is still in charge of carrying out security until all issues are resolved,” said Didik.

The combined apparatus deployed at PT. GNI, will check the identity of every employee who comes to work. This inspection is an effort to anticipate and provide a sense of security for workers.

Meanwhile, Head of Petasia Sub- District of North Morowali Regency, Novrianto Najamudin appreciated the hard work done by the security forces in creating a conducive situation in his area.

“I firmly reject the acts of violence and anarchy that occurred at PT GNI. And I support the efforts of the TNI-Polri in creating a conducive situation,” he said.

Novrianto hopes that employees at PT GNI will be able to work as before. He also emphasized that the government would provide facilities regarding the rights and obligations of employees.

“I hope that the employees working at PT GNI carry out their work as usual. Regarding matters relating to rights and obligations, it can be discussed and the government is present to facilitate,” he said.