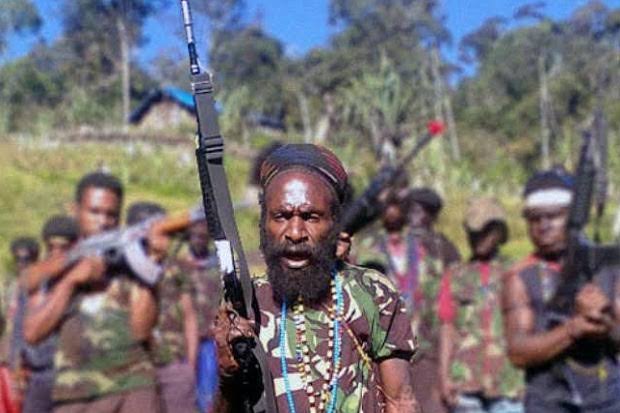 The Papuan Terrorist Separatist Group (KST) often uses all means to escape after they manage to cause trouble or commotion. KST even uses the community as a shield to protect those who want to avoid being chased by the security forces.

TNI Major General Muhammad Saleh Mustafa, as Commander of the XVII Cenderawasih Military Command, strictly told KST members not to use the community as a shield to escape from the pursuit of the apparatus. Saleh said that the TNI would continue to hunt down the KKB and would definitely arrest them.

He admitted that currently TNI-Polri officers are pursuing them in the Gunung Bintang District in a measured manner, so that it is certain that they are not targeting residents. The community has also been reminded not to join and stay away from the troublemakers and not to allow the place to be used as their hideout camp.

Papua Police Chief Inspector General Pol Mathius Fakhiri said that his party had formed a team to hunt down the KST who was acting in the Gunung Bintang Regency. The team consists of personnel from the Cartenz Damai Task Force and the Papua Police Mobile Brigade.

Mathius also admitted that KST had carried out acts of terror from December 2022 to early 2023. The acts of terror carried out by KST were in the form of shootings and burning of government facilities. It will also take strict and measurable legal action.

Deputy Head of the Peaceful Operations Public Relations Task Force Cartenz AKBP Arif Irawan stated that his party was paying attention to the series of KST attacks in December 2022. Moreover, they were determined to carry out attacks on the Yapen Islands where there had never been any shooting before. Currently the Carstensz Peace Task Force maintains public order and security, starting from the smallest environment.

On a different occasion, a DPD RI member from Papua, Yorrys Raweyai asked the government to suppress KST from its roots. In a sense, KST must be muzzled because it is considered detrimental to the people of Papua to the point where they are threatened, of course the presence of constant terror can damage the mentality of the people.

The West Papua State Liberation Army The Free Papua Organization (TPNPB OPM) makes the people a living shield and control of the terrain because the land of Papua is their birthplace. This is quite difficult for the TNI-Polri to take action against KST, because the TNI-Polri apparatus does not want victims from the community.

KST’s criminal trail seems unforgivable, especially since they often act on behalf of the people to carry out attacks on TNI-Polri officers. When in fact they are provoking the public to be able to separate from Indonesia.

KST itself has a track record of causing riots, not only civilians who are victims, but TNI-Polri officers are also victims of KST terror acts. They also often play games victims by voicing Human Rights narratives so that countries outside Indonesia sympathize with KST’s efforts to release Papua from Indonesia.

KST did not stop voicing narratives to separate from the Republic of Indonesia, the group also justified any means such as rioting, burning public facilities to attacking security forces.

KST members always throw accusations of spying to attack civilians. They also shot motorcycle taxi drivers because they were suspected of being police intelligence. However, these accusations could not be proven because the police denied them. They also shoot other people indiscriminately, even though they are both Papuans.

The brutal actions of KST have made the people of Papua even more miserable, this is because the attacks from KST have increasingly brought people’s activities to a halt. This shows that acts of terror in Papua can stop community activities such as buying and selling.

Hunting down KST is a challenge for the security forces, especially since they have many hidden bases in remote areas of Papua and they also use residents as human shields to protect themselves. Even so, the apparatus will not be tired of arresting KST so that they do not destroy peace in Papua.

KST Papua has left many scars for the people of Papua, they are willing to destroy public facilities, and even kill fellow Papuans. Of course this heinous act needs to get firm action from the TNI-Polri apparatus. If a KST member is caught, then he must receive severe punishment as a deterrent effect.