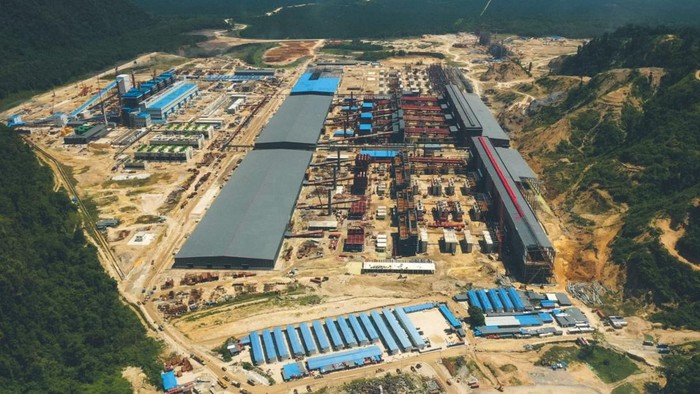 North Morowali — The government continues to monitor the conducive situation at PT Gunbuster Nickel Industry (GNI). In addition to encouraging investigations, it is hoped that the presence of the Government can guarantee the investment climate in the region.

This time, the Deputy Minister of Manpower ( Wamenaker ) of the Republic of Indonesia (RI), Afriansyah Noor made a direct visit to PT (GNI) in North Morowali, on Thursday (19/1)

After conducting a field inspection following a clash between employees at the company last Saturday (14/1), he then gave several directions to the management of PT GNI.

The Wamenaker hopes that the investment that has been built by the company can be useful for the nation and state. Not only that, but he appealed to PT GNI not to close itself off from the environment.

” Hopefully the investment built by the company from China will turn into a useful investment for the nation and state of Indonesia. Space is given for investment, but companies also cannot close themselves to the environment,” he said.

Furthermore, his party also hopes that PT GNI will be able to continue to maintain working relations, both Bipartite and Tripartite.

Meanwhile, North Morowali Regent, Delis Julkarson Hehi who also accompanied The Wamenaker during the visit gave his appreciation to the security forces for being able to immediately create a conducive atmosphere.

“The Regional Government of North Morowali Regency, would like to thank the TNI/Polri security forces for the quick response for their participation in creating a security atmosphere in this place ,” Delis said.

In line with the message put forward by Wamenaker Afriansyah, the Regent of Morut also admitted that regarding the pattern of communication between the PT GNI company and its employees, it must be continuously improved.

“According to the Regional Government, what needs to be evaluated includes communication issues, related to the employee recruitment process at the beginning of the recruitment there was a fee / but they had been dismissed, related to increasing skills , “he added.

Previously, the delegation from the Deputy Minister of Manpower of the Republic of Indonesia conducted field visits directly to see how conditions were at PT GNI after the clashes occurred. The activity was also attended by top officials from BIN Headquarters, Police, and the Ministry of Manpower .

The visit was carried out by visiting a number of employee messes and also ensuring that activities in the company were able to return to normal as usual.