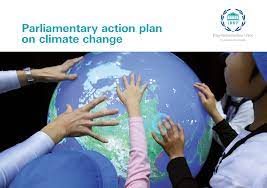 The Foreign Delegation directly supports the brilliant efforts that have been given by Indonesia regarding improving climate management. This was conveyed by them directly during the 144th Inter-Parliamentary Union (IPU) session which was held in Nusa Dua, Bali. It started when the Chair of the Indonesian Parliament, Puan Maharani, gave a speech when chairing the Forum of Young Parliamentarians.

In the speech, Puan said that it is very important for all parties to be able to leave a much better world, especially for the benefit of our next generation. Therefore, we must focus much more on efforts to deal with various kinds of environmental crises so that in the future they can live properly on earth without any damage that might be caused by the mistakes of the old generation.

Of course, if this concerns the goodness of the next generation, then it is also not possible for the old generation to seem to impose their will by only giving ideas and orders which then become a ‘top-down’ pattern. But they should also be given the opportunity to express whatever anxieties they are experiencing so far.

Therefore, the IPU session in the youth parliamentary discussion forum is very helpful for efforts to accommodate the various voices conveyed by young members of Parliament as a form of representation of the next generation who will continue to lead the world. One of the issues that they raise a lot is about climate change, which is the big theme of the 144th IPU event.

Efforts from Indonesia to open up the topic of discussion as much as possible and accommodate the widest possible dynamics are indeed one of the most appropriate things to do. Therefore, Puan said that she really looked at how the youths voiced represented the interests of their generation. All youth must be listened to and also given the opportunity for them to take part in changing the world for a much better future.

Even since the beginning of the session, the PDI-Struggle Party politician has also provided an opportunity for several young parliamentarians who are very concerned about the environment and climate change to talk a lot and issue their criticisms and solutions in front of all participants of the 144th IPU session. Because it is undeniable that the state of the earth will also have a direct impact on their lives.

It was reported that not a few of the young people gave their support for Indonesia’s efforts by accommodating the voices of the young Parliament as best they could and expressing their protest very loudly about the habits that have been carried out by the old generation and have had a negative impact on the environment, in particular, actually make global warming a problem. more increasing. Of course, their voices represent the interests of their generations who will later inhabit this earth and continue their generations.

One thing that we can all reflect on and we can also give great appreciation to is that they were very brave and firm in asking all IPU parties to take more concrete action on the issue of climate change because it is already very urgent, not just a discussion but must be true. -really actualized into a form of real action.

It was emphasized by the Swedish Member of Parliament, J Hutberg that there should be absolutely no such thing as free emissions. Therefore, as Parliament, he hopes that in the future there will be regulations that clearly regulate pricing for the use of carbon. The proposal is very good because we can not let those who have created or emitted pollution but not suffer any consequences at all. At least with a clear price, those polluters will think twice or become much more frugal to not arbitrarily pollute again.