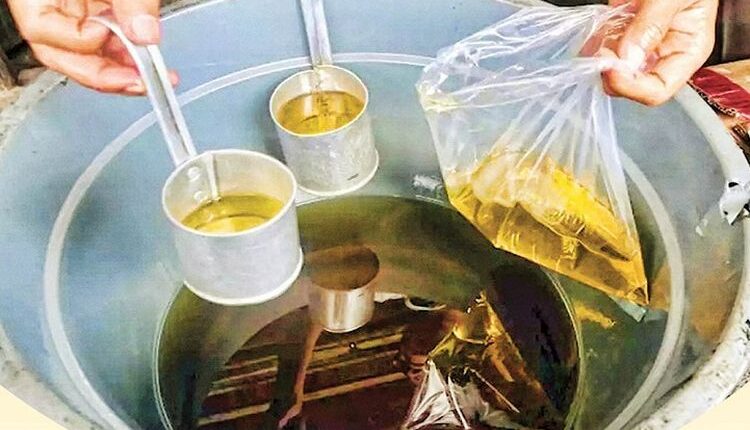 The policy is contained in the Regulation of the Minister of Industry Number 8 of 2022 concerning the Provision of Bulk Cooking Oil for the needs of the community, Micro and small businesses within the framework of financing by the Palm Oil Plantation Fund Management Agency (BPDPKS).

Article 3 paragraph 1 of the related regulation states that the provision of bulk cooking oil is carried out for a period of six months. This is intended to realize the availability and stability of bulk cooking oil prices that are affordable by the community, micro and small businesses.

In providing bulk cooking oil, companies must register online through the National Industrial Information System (SIINas) by including the company name, Taxpayer Identification Number (NPWP), business permits, production capacity, production plans, as well as the use of crude palm oil raw materials. palm oil (CPO) and distribution plans. Not only that, the company is also required to include information on the amount of CPO raw material used and the origin of the raw material.

The regulation also states that the Economic Reference Price (HAK) for bulk cooking oil is set by BPDP KS. From HAK, the highest retail price of cooking oil was formed at Rp. 14 thousand per liter.

According to him, this new policy will not harm or burden business actors. The reason is that the government subsidizes bulk frying oil through BPDKS so that the price remains at Rp. 14,000 per liter.

Thus, even though the company must sell bulk cooking oil at a low price below the price of packaged cooking oil, the company will not lose out. Because the difference between the Highest Retail Price (HET) and the Economic Reference Price is paid by BPDP KS, so it does not burden the company. However, he does not yet know the company’s production strategy to provide bulk cooking oil according to the government’s request.

Previously, President Joko Widodo (Jokowi) had officially provided subsidies for the price of bulk cooking oil. Subsidies are given from BPDPKS funds, from the previous one only for packaged cooking oil.

Coordinating Minister for the Economy Airlangga Hartarto said that there had been a long debate regarding the intervention of the State Revenue and Expenditure Budget for bulk and packaged cooking oil.

Airlangga explained that the bulk oil subsidy policy was taken because it took into account the distribution situation and the current state of cooking oil distribution. Then the government also pays attention to the global situation, where there is an increase in commodity prices. Including vegetable oil and it also includes palm oil.

Airlangga again did not provide a detailed explanation whether the government would simultaneously lift the packaged cooking oil subsidy. He only mentions the price of packaged products. He only said the price of packaged products would adjust to the value rather than the economy. Thus, the government hopes that the economic value will make cooking oil available in modern and traditional markets.

Airlangga also hopes that policies related to bulk cooking oil subsidies can overcome the scarcity of cooking oil that occurs in the community. On a different occasion, National Police Chief General Listyo Sigit Prabowo said that his party had already gone to the market to deal with this policy. The police have also gone down to find out the market mechanism related to the development of the cooking oil price situation. Listyo also said that Rp. 14,000 was the HET for new bulk cooking oil and had undergone changes.

Of course, the efforts of the government should be appreciated because it shows that the government is not standing still regarding the oil shortage polemic that is happening. So that people can be calmer because cooking oil stocks can be more easily found in the market and it is proven that this policy does not make the market volatile.

Of course, policies related to bulk cooking oil subsidies can work well through supervision, so the government also needs to carry out supervision from upstream to downstream and begin to set policies on mandatory supply of domestic needs.

Subsidy on bulk cooking oil is of course the right strategy, this should be supported so that people can get cooking oil at a more affordable price.

)* The author is a contributor to Lingkar press and Mah

The World Appreciates Indonesia’s Success in Holding the 144th IPU