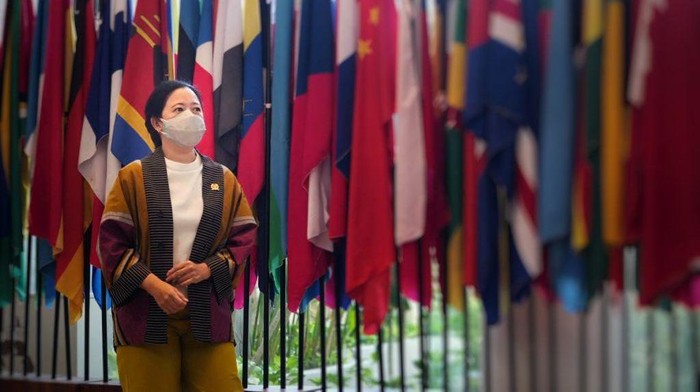 The 144th Inter Parliamentary Union (IPU) in Nusa Dua Bali left a very good impression in the eyes of the delegates attending the session.

The participants of the IPU session expressed their appreciation for Indonesia as the successful host in organizing an international standard event in the midst of the Covid-19 pandemic.

In addition, Indonesia’s diplomacy and leadership made the parliamentary delegates from various countries want to increase cooperation with the Indonesian parliament. They also promised to come back to visit Indonesia because of the natural beauty and friendliness of the people.

The Mexican Parliament Delegation, Cyhthia Iliana López Castro praised the speeches of the Indonesian President Joko Widodo and the Chair of the Indonesian House of Representatives Puan Maharani at the opening of the IPU General Assembly. Indonesia is considered to have shown itself as a country that really cares about the Covid-19 pandemic, gender equality, climate change and the crisis in Ukraine. Cynthia is a Member of the IPU Council of the Young Parliament and a Member of the Mexican Parliament.

It should be noted that the 144th IPU Session was carried out with the implementation of strict health protocols. Starting from the preparation of activities, the course of the trial to the return of the delegates to the attention of the organizing committee.

All of the trials were conducted according to international standards, but without compromising Indonesian arts and culture. This turned out to be embedded in the hearts of the participants.

Bhartruhari Mahtab, a member of parliament from India, on the sidelines of the IPU trial, said that as the host for the implementation of this global parliamentary forum, Indonesia fully complies with international standards.

The delegation from Africa was also very impressed with Indonesia’s diplomacy. In addition, they support the Ukraine peace proposal put forward by the Indonesian parliament.

Secretary of Delegation Mozambique, Jose Madroba said that his delegation assessed that the implementation of the 144th IPU in Bali, Indonesia went smoothly. According to him, the issue of Russian aggression against Ukraine must be a shared concern. The delegates greatly appreciated and supported the Indonesian parliament which together with New Zealand submitted a peace proposal.

The European Parliament also expressed its appreciation to Indonesia for being able to demonstrate a leadership attitude during the IPU session.

Nadyan Essayan, French Parliamentary Assembly, stated that Indonesia as the host of the 144th IPU has provided the best service. Organizing activities are carefully prepared. He also praised the Indonesian people who are always open and friendly.

Cynthia added that Indonesia and Mexico are ‘sister nations’. The delegates felt the friendliness and welcome attitude of the Indonesian people. –