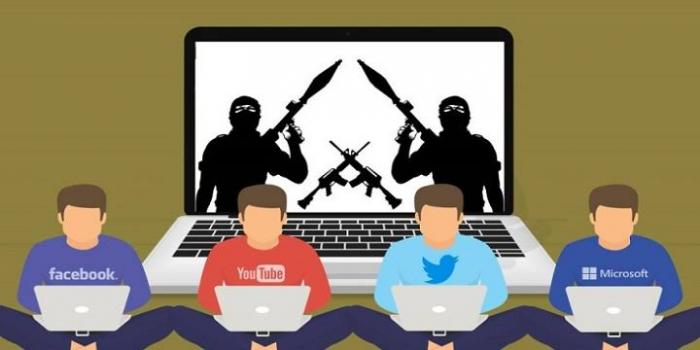 The terrorist group began recruiting members of the millennial youth. They use social media as a means of finding new subordinates and cadres. As parents, we need to be more vigilant. Do not let ABG children go wrong and only want to carry out acts of terror and bombings.

When ZA, the suspect in the shooting of the National Police Headquarters, was investigated, the fact was that he was still 25 years old. Likewise with the bomb bride in Makassar. They are also still in their 20s. This shows that terrorist groups currently choose cadres from young people (under 30 years old) so that they obey and are willing to be invited to commit violence.

The recruitment of ABG children as terrorist members is certainly a shock. Because in the past, terrorist suspects were already adults or half old, such as Amrozi, Imam Samudra, or Abubakar Baasyir. However, at this time young people have been hunted by terrorist groups to want to become cadres and resign themselves to being bomb brides.

Haris Amir Falah, a former convict of terrorism, stated that the younger generation is vulnerable to radicalism. They are under 30 years old and that is a crucial age, because they meet a terrorist group that has the doctrine of showing self-righteousness. They also promised to fulfill their wishes.

Haris, who is a former leader of JAT (a terrorist group), even admitted that he was recruited when he was still in high school, because he was still in the phase of finding his identity. Currently, terrorist groups use cyberspace to find new members. Among them are using social media Facebook and the Telegram chat application .

Haris’s statement is certainly surprising, because terrorist groups have taken advantage of sophisticated technology for recruitment and cadre. From the Telegram channel and Facebook group, it is deliberately designed so that young people want to join for reasons of moving. Even though the mode behind it is the recruitment of terrorist members who have networks with ISIS.

Terrorists in the world are deliberately looking for high school students to become new members, and are given false doctrines and promises. The doctrine designed to poison the mind is that other people are wrong, slashing the enemy is made of blood, jihad is cool, etc. In addition, young people were deceived into promising that after becoming bomb brides they would be guaranteed to enter heaven because they had carried out jihad.

This kind of doctrine is certainly wrong, because being a bomb wedding couple would have cost them their own lives. They could not possibly go to heaven, having died by suicide. How can they want to go to heaven while harming others and putting many people at risk for their safety? Really have the heart and crazy maker of the doctrine.

Many young people end up wanting to become members of terrorists, because they meet with terrorists in cyberspace. In the world of psychology, it is explained the effect of why the influence of a doctrine can easily enter via social media. Because when humans open FB or Te legram, their brains are relaxed, so they are relatively easily influenced.

Young people are easily influenced because the terrorists have the ability to hypnotize and have high class seduction skills . They are fed with the doctrine that jihad is to defend the people. Therefore, it is permissible to throw bombs at people with other beliefs, because it includes jihad.

Even though jihad is not like that. When the war is over, then jihad can be interpreted as a war against one’s own desires, by fasting more frequently and performing worship at the beginning of time. Work is also categorized as jihad because it defends family rights and fights laziness.

As parents, it is imperative to be more vigilant and supervise teenagers and students, so that they do not become members of terrorists. Make sure they have never had contact with terrorists and keep an eye on their social media occasionally. Because the top terrorists have penetrated cyberspace to recruit ABGs.