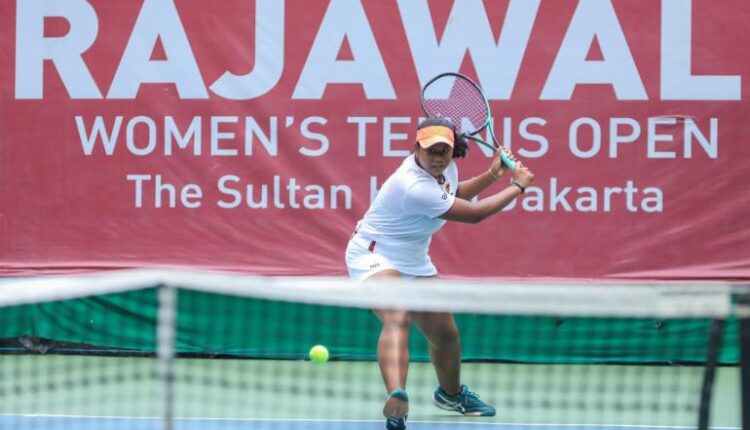 BIN Tennis Clubs in collaboration with Yayuk Basuki Tennis School (YBTS) held a National Tennis Invitation which was attended by 16 athletes. This match starts on December 14 and ends on December 17 2022 at the BIN Tennis Court, South Jakarta. From BIN Tennis The club itself fielded two brother and sister players namely Fitriana Sabrina and Fitriani Sabatini. Meanwhile, 14 other athletes who took part in this tournament came from several regions such as Banten, West Java, East Java, Central Java, East Kalimantan and West Nusa Tenggara.

ranked national players. under 10 nationally both male and female. The preparations have been going smoothly so far and the match is approaching the final round on December 17, 2022.

“Thank God, the two BIN players currently deployed Fitriana and Fitriani will enter the all- finals tomorrow because they managed to beat both junior and senior players. Tomorrow it is hoped that this match will be spectacular,” Suharyadi said on the sidelines of the match.

This competition is to excite and increase the children’s flying hours towards the next year’s competition. We also thank the Head of BIN, General Pol ( Purn ) Budi Gunawan, who has provided match facilities. In addition, thanks to Kemenpora and YBTS for providing maximum support.

Meanwhile, Fitriana Sabrina, who represented BIN, also received an impression from the course of this match. Fitriana or usually called Ana said that the opponent she faced in this third match was quite tough.

“I managed to win with a score of 6-3 and 6-0 even though the opponent was quite tough. The preparation is that if my partner wins, I will enjoy it more in the next match. If you play with your own partner, you will be more relaxed because you already know the game,” said Fitriana.

Ana also thanked the Head of BIN, General Pol ( Purn ) Budi Gunawan for facilitating this match and supporting tennis athletes at POR BIN. Tomorrow’s match will be more focused because it ‘s the last game this month.

“There are some small mistakes that will be evaluated for tomorrow such as being braver to hit the ball,” said Fitriana.

In the same vein, Fitriani Sabatini said that the third day’s match was very tough because the opponent was also quite good, but I was able to handle it with a score of 6-1 and 6-4. I also qualified for the final stage, possibly against my own twin, Fitriana Sabrina.

Fitriani also thanked BIN and YBTS for facilitating this match. I am very happy to be invited by YBTS and happy to be able to represent BIN in this invitation.

“This month I have participated in two tournaments and in my opinion the results are good. Maybe later after this we will practice again in preparation for next year. There are special preparations for Fitriana, but I also know her weaknesses,” he concluded.