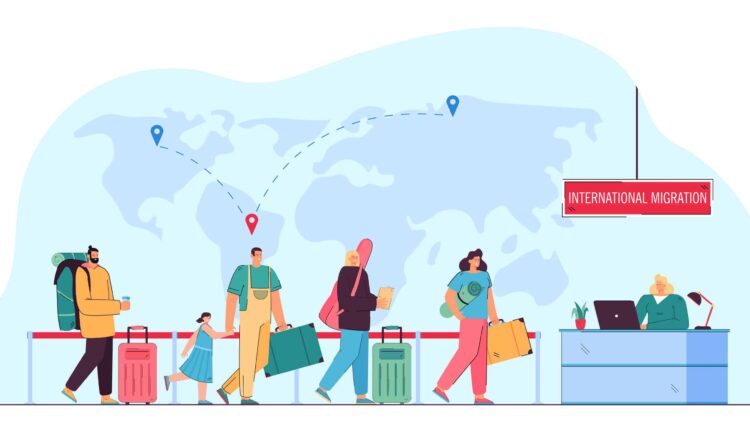 Along with the increasing interaction of the international community, the movement of people from one country to another is becoming increasingly massive. International population migration is actually caused by several factors, such as an increase in the number of people in a country experiencing inequality, or even because of the industrial revolution which causes the level of distribution to lead to areas with more promising economic conditions and employment opportunities.

However, in reality, migration activities do not always run smoothly in accordance with the goals of the migrants. As a result of this international migration, other negative impacts appear, one of which is human trafficking. Human trafficking is a multidimensional human rights violation centered on exploitation.

As an effort to prevent and eradicate trafficking, the competent institutions must be able to make joint commitments, and counter trafficking policies in order to overcome these problems.

The IPU as the second largest democratic forum after the United Nations has an important role in being able to contribute to solving the problem of migration and human trafficking. In the forum entitled ‘Parlimentary Impetus to Local and Regional Development of Countries with High Levels of International Migration and to Stopping All Forms of Human Trafficking and Human Rights Abuses’, world parliaments discussed solving problems of international migration activities and human trafficking.

Meanwhile, responding to global issues regarding the increase in international migration and human trafficking in a number of countries, it is appropriate for Indonesia to adhere to the principle of carrying out a free and active policy to resolve these problems. Especially in the midst of the complexity of the problem in recent decades.

The problem of international migration and human trafficking of course cannot be separated from human rights because many people are victims of this.

Meanwhile, Indonesia also faces the issue of human trafficking, where women, children, and vulnerable groups become victims of exploitation. Komnas Perempuan has recorded as many as 816 human trafficking and 699 cases of female migrants through its annual records throughout 2017 – 2020.

Indonesia itself already has a legal umbrella to overcome this problem. Law Number 21 of 2007 concerning the Eradication of the Criminal Act of Trafficking in Persons (hereinafter referred to as the PTPPO Law was issued as a government effort to anticipate the rampant trafficking in persons (human trafficking).

Before the PTPPO Law was born, it was preceded by government policies in the form of provisions of laws and regulations related to the issue of trafficking in women and children, as enshrined in the Criminal Code and Law Number 39 of 1999 concerning Human Rights. On December 30, 2002, Presidential Decree No. 88/2002 on the National Action Plan for the Elimination of Trafficking in Women and Children (RAN-P3A) was issued. To ensure the implementation of RAN-P3A, the government established a National Task Force. Then in 2007, Law No. 21 was enacted