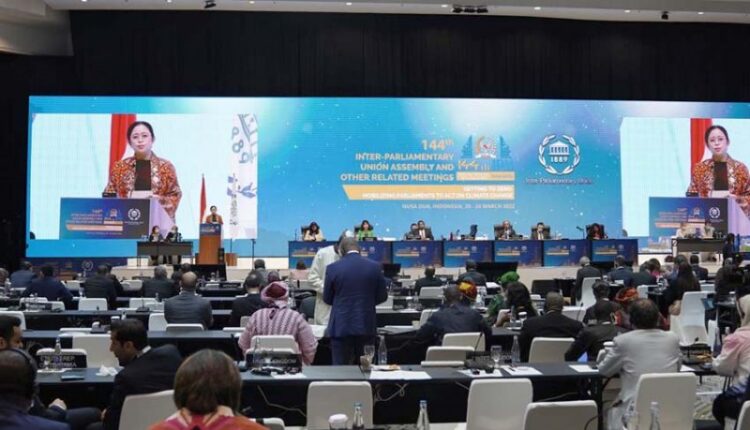 Many of the delegates from other countries participating in the 144th IPU session expressed their appreciation for the empowerment of women that has been carried out by Indonesia.

This happened after the speech delivered directly by Puan Maharani as the Chair of the DPR RI at the event.

One of Eswatini’s MPs, Mkhululi Dlami stated that the speech delivered by a female parliamentary leader from Indonesia was extraordinary.

Even Dlami also stated that having a figure like Puan Maharani means the same as indicating that Indonesia has succeeded in bringing about change in the world of women.

“A woman can become an assembly leader representing a large and beautiful country like Indonesia. This is a good indication that there is a change in the world of women,” she said.

According to him, the figure of Puan is a very extraordinary woman with her evocative speech.

“His speech is the speech of a leader,” he said.

David Gunnlaugsson stated that Puan’s performance at the opening of the 144th IPU trial was very impressive.

According to him, representatives from Indonesia are able to establish good relations with various groups from various very diverse countries.

“It is good that Indonesia has representatives of the people who are able to have good relations with a very diverse world group, as is currently happening,” said David.

In line with some of the praises above, Khaniz Fatina Ahmed as a Member of the Parliament of Bangladesh thinks that a figure like Puan Maharani is very attractive as a female parliamentary figure.

Meanwhile, for Martin Chungong as the Secretary General of the IPU, he admitted that he really liked the points brought by the Chairman of the DPR RI regarding democracy.

Furthermore, Martin said that he strongly agrees with the idea of ​​the PDI-Struggle Party politician regarding dialogue as the main effort in overcoming conflict.

Strictly speaking, the Secretary General of the IPU stated that the face of gender equality could be shown through a figure like Puan.