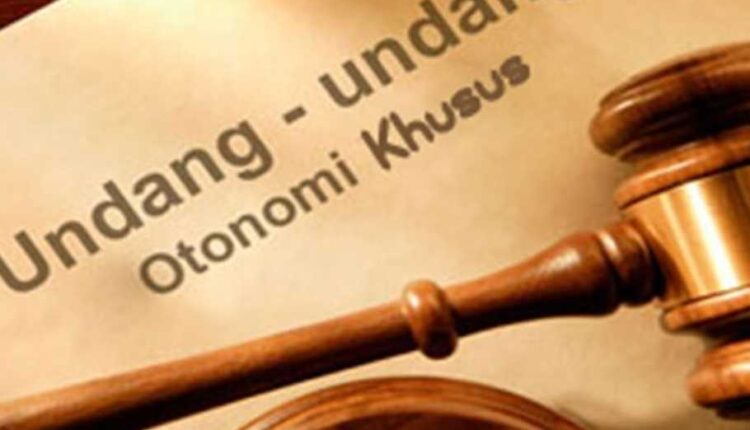 The government has again extended the implementation of Papua’s Special Autonomy (Otsus) which has been proven to be able to improve the welfare of the people. The program is also a legitimacy to strengthen that Papua is an integral part of the Republic of Indonesia.

The issue of separatists in Papua is indeed often tempestuous, moreover separatist groups in Papua sometimes use weapons when carrying out their brutal actions. However, we need to understand that Law Number 2 of 2021 concerning the second amendment to Law Number 21 of 2001 concerning Special Autonomy for the Province of Papua (UU Otsus Papua) was established to strengthen unitary ties and advance the province of Papua as a legitimate part of the unitary state. Republic of Indonesia (NKRI).

This was conveyed by the Coordinating Minister for Political, Legal and Security Affairs (Menko Polhukam) Moh. Mahfud MD on the occasion of the judicial review of Case Number 47/puu-xix/2021 which was held online on November 16, 2021. This application was submitted by the Papuan People’s Assembly (MRP) represented by Timothy Murib (Chairman), Yoel Luiz Starts (Vice Chair I) and Debora Mote (Vice Chair II).

In front of the Panel of Judges led by the chairman of the Constitutional Court Anwar Usman, Mahfud MD said, the government and the people of Indonesia have agreed to make the land of Papua which currently still consists of two provinces and will be divided into several more provinces as autonomous regions or with special autonomy.

The law sets out a comprehensive direction for Papua’s development with a welfare approach through affirmations in various fields of life, namely political, economic, social and cultural. So the main purpose of the law is to continue to carry out development in Papua in order to build the Unitary Republic of Indonesia.

Regarding the petitioner’s argument which states that the revision of the Papua Special Autonomy Law does not involve Papuan Orang Asli (OAP), Mahfud said that in enacting a law it only requires mutual agreement between the Government and the DPR in accordance with the mandate of the 1945 Constitution. This is part of the exclusive rights of the President and DPR. Mahfud also does not deny that community involvement in the form of input and opinions is still needed in the process of forming a law.

Mahfud also explained that the Papuan People’s Council or MRP, which is the applicant for testing in this case, is not entitled to participate in finalizing this law, but still has the right to convey and have his opinion heard in the process of its formation and this has been done.

As will be proven later in the trial, whether the center visited the regions, whether the Coordinating Ministry Office or the Ministry of Home Affairs received MRP visits and invited resource persons, all have been heard. However, the final decision in accordance with the 1945 Constitution is only the DPR and the President to determine.

In addition, Mahfud also explained that the formation of the Papua Special Autonomy Law used a bottom-up approach and vice versa related to the implementation of policies and programs. This is intended so that acceleration and accuracy occur as expected.

For example, the use of special autonomy funds and the determination of policies and program priorities are carried out on a bottom-up and top-down basis. In connection with this, the plan for the formation of the Law on Regional Expansion, the establishment of the Law on the Expansion of the Special Region of Papua, later the initiative of the proposers can come from the center and can come from the regions according to the needs of accelerated and accurate political and government.

The policies implemented in accordance with Law Number 21 of 2001 have in fact provided many benefits. Where during the 20 years of implementation, the amount of Special Autonomy funds for Papua reached Rp 126.9 trillion. The funds will be focused on 30 for the education sector and 15 percent for the health and nutrition sector. The amount of the Special Autonomy Fund certainly shows how much the government has a desire for Papua’s development.

Through Otsus, the Papuan people have a role in the development of their homes, also prioritized based on Article 12 of Law Number 21 of 2001, the Governor and Deputy Governor in Papua, are mandatory for Papuans (OAP).

The Special Autonomy budget disbursed by the central government from 2000 to 2020, in terms of the amount of funds that continues to increase, is also focused on four priority programs. Such as, aspects of education, health, infrastructure to community economic empowerment. This is proof that Papua is an integral part of the Unitary State of the Republic of Indonesia.

The Government is Committed to Developing Papua