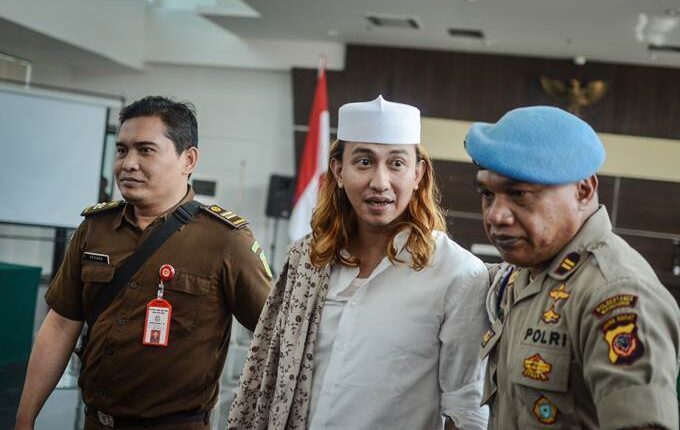 The public supports the determination of the suspect Bahar bin Smith by the Police. Bahar bin Smith has been a controversial religious figure who has not received the sympathy of the people.

Bahar bin Smith is by far a controversial figure. Bahar Bin Smith is also known to be one of the drivers of the action demanding Basuki Tjahaja Purnama (Ahok) to be tried in the case of blasphemy against religion when Ahok was still the Governor of DKI Jakarta.

The traces of Bahar’s anarchy have been detected for a long time. In 2012 during the month of Ramadan, Bahar mobilized around 150 followers to carry out a sweeping action at De Most Cafe, Jalan Veteran Raya, Bintaro. Pesanggrahan, South Jakarta. The mob who did the sweeping also equipped themselves with weapons. Even the sharp weapons that were brought had been specially made a week before the sweeping. Of course, this action is not justified, instead of suppressing immorality, it is actually sweeping with weapons that do more harm than good.

The figure who had just been released from prison was apparently still not satisfied with bringing forth controversy in his lectures. On the occasion of his first lecture, he admitted that he would kill the traitors of Rizieq Shihab, besides that he also challenged the intelligence officers from the police. These words are of course very out of date, far from being gentle and peaceful. In fact, the threats that are spoken are identical with death threats.

This will be dangerous if left unchecked, so the security forces, both TNI and Polri, need to act decisively on what Bahar has said. Of course, Bahar doesn’t need to be too emotional, especially since the government has sent Habib Rizieq home.

One of the founding figures of the National Mandate Party (PAN) Abdillah Toha has been infuriated by Bahar Bin Smith’s behavior which often makes noise. Through his tweet on Twitter, Abdillah said it would be better for Bahar to be arrested and put in a mental hospital (RSJ) and put in shackles until he recovered.

Abdillah considered that it would be useless if Bahar was put in prison because when he came out, Bahar would be in trouble again. This shows that Bahar is indeed a figure who is widely criticized, even by opposition parties.

In addition, the former Spokesperson for the Indonesian Solidarity Party (PSI), Dedek Prayudi, via his Twitter account also tweeted, because Bahar often gave controversial lectures, apparently having a great impact on other descendants of bin Smith.

Because of this, people think that the descendants of bin Smith have the same attitude as Bahar. Dedek admits that one of his friends was forced to censor his name in order to avoid the impression of fighting between families.

If it’s like this, the impression that arises is that fellow bin smiths don’t remind each other. Or maybe they don’t have a family meeting. As a result, the long-haired figure must receive criticism from many parties. His controversial figure with his provocative da’wah style seems to often be a boomerang for himself.

In October 2018, when Bahar was about to return to his hometown in order to attend the 7th grand haul of his grandfather, Al Habib Ali Bin Abdurrahman bin Smith. His arrival was blocked by hundreds of mobs and 9 traditional mass organizations who gathered in front of Sam Ratulangi International Airport and Jalan RE Martadinata. Action Coordinator Steven Tumbuan as the action coordinator said that Bahar Bin Smith was an intolerant and anti-NKRI figure.

Moreover, 13 years ago, Bahar was also described by several mass media as a radical figure. This is not without reason, considering that Bahar Bin Smith was the leader of the action when his group attacked the Ahmadiyah congregation in Kebayoran Lama.

Thus, Bahar deserves to be called a reliable provocateur, but his skills seem to be misplaced, it is better for Bahar to learn to be a sales force for strong drugs in the market, than to lecture but make many people nervous.

Bahar bin Smith is a figure who claims to be a religious figure, so it often causes controversy. Apart from spreading provocative incitement, his various maneuvers so far have only made people noisy. Therefore, it is appropriate for the community to leave Bahar bin Smith and support law enforcement in processing the various violations that have been committed by Bahar bin Smith.

The Detention of Controversial Religious Figures Is Right