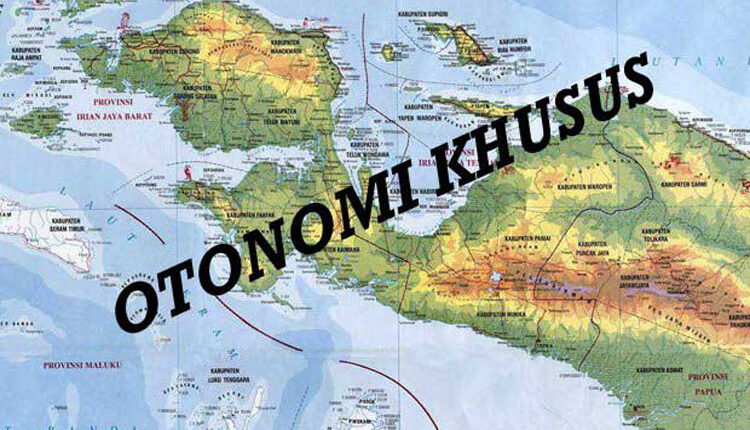 Special Autonomy for Papua is a form of state attention to advancing Papua. The Papuan people also support the sustainability of Otsus because it is indicated that it is able to encourage regional development.

The presence of Otsus Papua Volume II is a form of concrete support from the central government in developing the land of Papua. Acting (Plt) West Papua Red and White Movement, Imanuel Yenu said, the presence of Otsus for 20 years since the enactment of law No. 21 of 2001 aims to uplift the dignity of indigenous Papuans.

After the special autonomy, development in the Land of Papua was so rapid both in Papua and West Papua Provinces. For example, from the education sector, this allows indigenous Papuan children to be educated at a number of universities at home or abroad.

The same is true of the health sector with many hospitals and other health facilities.

He also acknowledged that in the management of Otsus there are still many shortcomings which of course can be fixed for the future. Thus, the utilization of the Special Autonomy fund is maximized for the welfare of indigenous Papuans.

He added that the presence of the Special Autonomy Law also makes it easier for regions to regulate regulations or policies for regional heads who are native Papuans, cultural institutions such as the Papuan People’s Council and the DPR from the appointment mechanism.

According to Imanuel, rejection of Otsus is one of the disadvantages. This is because there is no specific regulation used as a basis for regulating regional authority.

On different occasions. Priskolin Mare as the Eastern Activist Front (BAT), stated that there has been a lot of development in Papua thanks to the existence of Otsus. However, his party also provided a note that this special autonomy for Papua volume II was getting better and could provide a sense of justice to indigenous Papuans.

He admitted that the Indonesian government had tried to make the Papuan people prosperous and live a decent life. Papua is no longer a marginalized province. With the extension of otsus, it is hoped that this regulation can eradicate health problems in Papua such as malaria and prevent the transmission of the corona virus. Apart from that, the unfinished infrastructure development in Papua will also continue to be completed.

The news regarding the sustainability of Otsus apparently cannot be separated from uncomfortable issues, such as the accusation that the government arbitrarily exploits the natural wealth of Papua and its surrounding areas.

However, this was denied by the Coordinating Minister for Political, Legal and Security Affairs (Menko Polhukam) Mahfud MD. He said the contribution from Papua’s nature, one of which was managed by PT Freeport Indonesia, only generated Rp. 12 trillion for national needs. Meanwhile, the government has spent up to Rp. 46 trillion for Papua.

The former head of the Constitutional Court explained that currently the government is preparing a Presidential Instruction (Inpres) to regulate the funds provided by the government for the welfare of Papua. The objective in more detail is that the incoming funds can be managed properly so that the Papuan people can get their rights.

Apart from the Special Autonomy Fund, the government has also allocated an additional Infrastructure Fund (DTI) of Rp. 4.3 trillion in the 2021 Draft State Budget. The determination of the amount of this budget is based on an agreement between the government and the DPR and considers proposals from the Papua and West Papua Regional Governments.

It has been written in the 2021 RAPBN Financial Note, DTI is expected to be able to connect quality land, sea and / air transportation in all districts in the recipient province for at least 25 years since 2008.

According to data from the Ministry of Finance, Otsus and DTI funds have continued to increase for at least the past five years.

The governor also emphasized that there are two things that need to be done in terms of Special Autonomy Volume II apart from funding. First, giving greater authority to the Provincial Government in Tanah Papua in matters such as human resources and natural resources and secondly, involving other ministries of institutions (K / L).

Papua still needs special autonomy funds for the welfare of the people. So we don’t want to be easily provoked by groups who don’t want Papua to become advanced.

) * The author is a student of Paoua living in Yogyakarta

The Job Creation Law is a Form of Protection for Workers

The Government Is Optimistic That It Can Overcome Covid-19